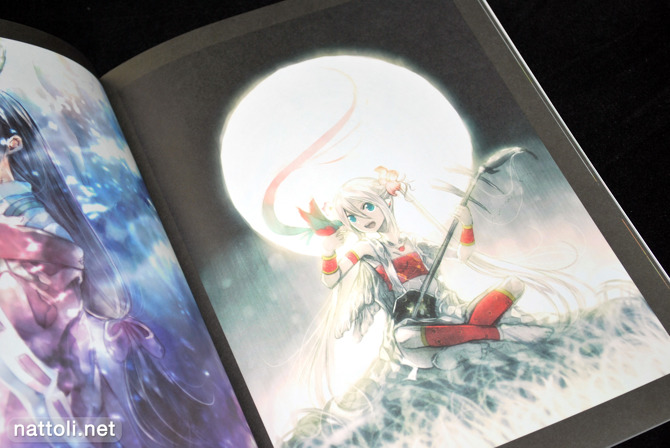 KEI continues to be an unstoppable force, releasing yet another all color volume of his illustration series, GA (画) Vol 07. Like with previous volumes, GA Vol. 07 includes a mixture of fan arts and originals, and this time around many of the characters from the Summer 2010 volume have found their way into the Winter 2010 as well. 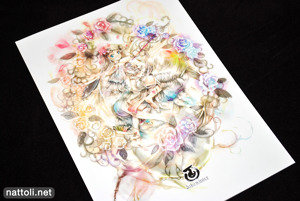 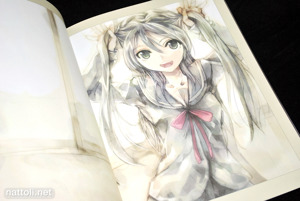 There's a bit of a typo in GA Vol. 07, not that it affects anything major, but it did make me check that I was reviewing the right book ^^; The top of each page says GA2010 Summer even though it still has Vol. 07 next to it, which lets you know the page formatting is definitely identical to the last volume. Also like the last volume, GA Vol. 07 is 24-pages including the covers, B5-sized, and printed on lightly textured paper.

KEI, best known as the character creator for Hatsune Miku, continues to include Vocaloid illustrations, though not nearly as many as before. Aside from a picture of Kagamine Rin on the opening page, the only other Vocaloid illustration features Lily (リリィ). Also included are fan arts from The Idolmaster, Shinryaku! Ika Musume, Love Plus and Black Rock Shooter.

As far as re-occurring original characters, KEI has once again illustrated his two black and white cat girls, who also appeared in the last volume of GA. The cover girl also appears to be the same character, with an even more detailed finish than in GA 2010 Summer.

Touhou comes back strong in GA Vol. 07 with four character illustrations. It's hard to believe KEI started out with Touhou, and used to have whole doujins dedicated to it. All in all, GA Vol. 07 maintains the high quality standards KEI's set for himself in this doujinshi series, with another collection of new and beautiful art works.

oh did u scan candy rain?? i was hoping you could post this image:

without the captions in it

Don't worry, someone else will do it! :D

its been awhile and nobody has done it :(

Would be fun to scan everything u got :P

Pfft, if it's so fun then why so slow on the WATER scans? >;D That's a small book!

you know what u should do...list all the artbook u have and then ppl can vote on which they want to see scanned...and then you can scan it! at least u wont be wasting time scanning ones noboday wants to see

I dont know what you mean, but so far 90% of the scanned books were rly well picked imo. There is also alot of other books reviewed trough the internet and if you want something different then here try to use google (for example oga kazua artbook review).

Lol, no. Believe me, there's someone out there interested in everything. Anyway, this isn't a job, so there's no incentive for me to perform on demand :P

I did actually scan that, but they are already on the site >:D (Or to much sexy at the end) >:D. With a bunch of other art i have no damn clue where it belongs. And wtf the book was crying how i was streching it and torturing trying to scan as much as possible coz of the damn tight binding >:D

I PM'd you on that other site ;D But you know that, cause we're already talking XD

Oh in the end i was like WTF coz of the fact that actually 90% of WATER was missing lol... Dunno i saw so much pics there and tought its from the book but actually as i later noticed it was mostly from his artbook (well talking mostly coz of youre scans since the other werent rly good) and where I see you or Marcus as uploader i automatically asume its all up :D

I just wanted to say thanks for such a great site. I bought that limited edition Chocolate Gouache set (so lovely) after seeing it reviewed here and this is probably my next buy.

I buy a fairly large amount of art books and it's so nice to be able to see previews instead of buying and just hoping for the best.

Thanks for doing such an awesome job.

Aww, thank you! That's really nice to hear since that's exactly what I wanted to accomplish with this site! :)

Hello Nat, do you know in which kei's artbook i can find this art? 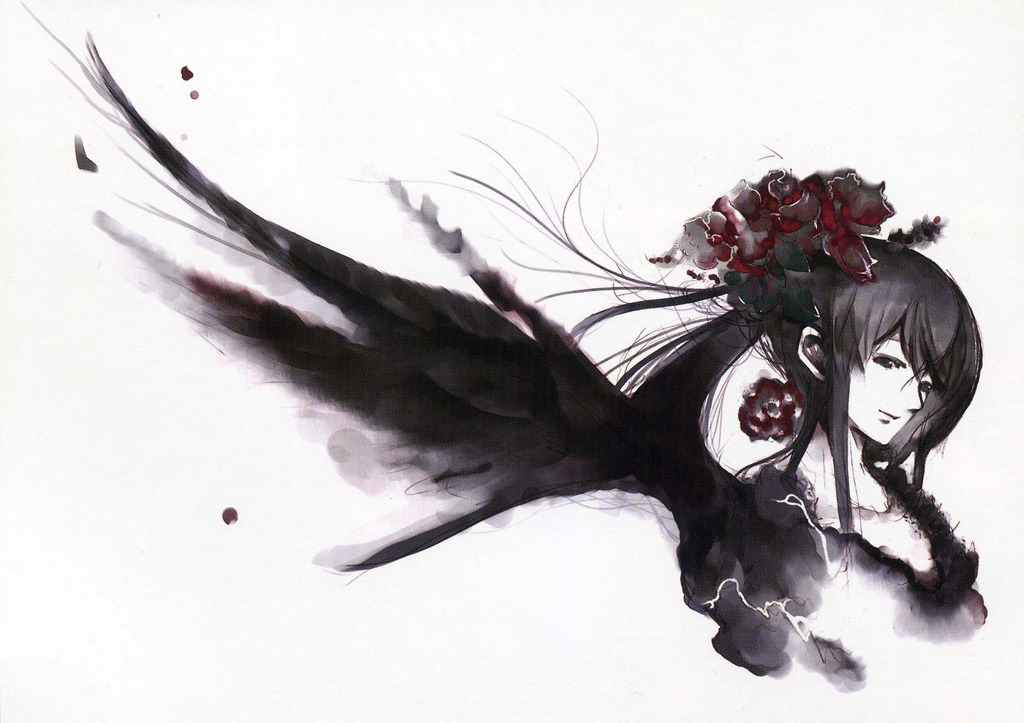 Can you give me any tips how it's look like?