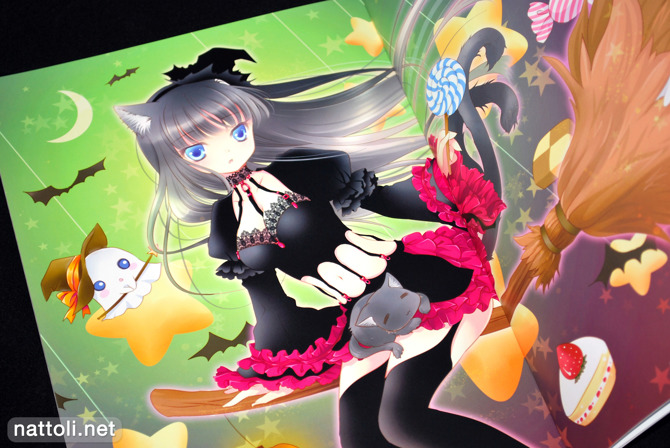 Blue Garnet was released for Comiket 79 and marks the 14th original visual book by Miyu, which is quite a feat for a doujinshi artist. Although, perhaps slightly less of a feat considering some of her books are in the 12-page range. But luckily, Blue Garnet is not one of the shorter ones ^^;

Miyu's Blue Garnet is B5-sized and 24-pages when counting the covers. The cover illustration is repeated inside which turns out to be a good thing, as the version on the cover is actually cropped from the full image inside. The book is in color up until page 15 at which point it switches over to monochrome works, sketches, and the index. 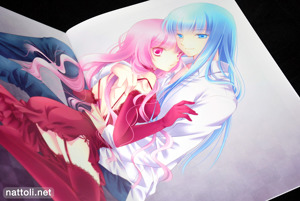 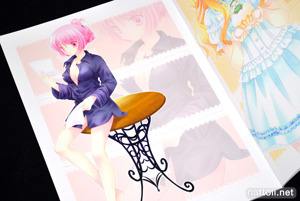 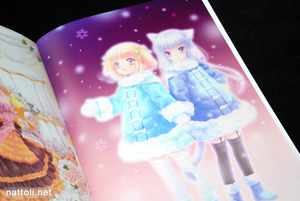 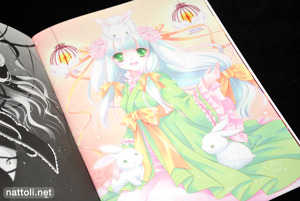 Miyu's style stays consistent with her more recent releases; plenty of lacy, detailed dresses in soft pastel colors with a focus on a warmer palette. Additionally, her adorable nekomimi and inumimi girls have made a comeback, along with a lovely Year of the Rabbit illustration featuring a girl with floppy bunny ears. Blue Garnet features a total of nine color illustrations over twelve pages, which is the same amount as her summer Comiket 78 release Mitsu*Mitsu Visual Book.

This time around, Miyu included a couple of monochrome illustrations to go along with the sketches, which were a welcome addition as Miyu's black and whites are sharp and finished, and not just gray-scaled version of color works. The index includes the artist's commentary, and the final page is a message from the artist. Overall, though Miyu is sticking to the same formula, it's a good one, and Blue Garnet makes for another enjoyable installment in her visual book series ^^