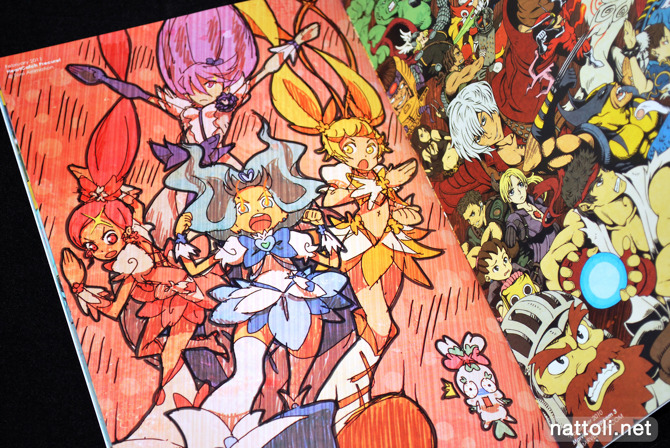 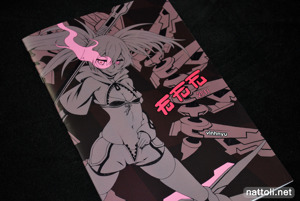 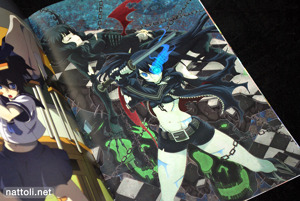 FUFUFU 2011 is B5-sized, staple-bound and 24-pages in length without including the covers. The cover art, featuring White Rock Shooter continues the style set by the first volume of FUFUFU; but unlike with the first volume there isn't a finished colored version inside. The illustrations begin with Vinhnyu's tribute art for Black Rock Shooter, featured in Pixiv's Comiket 79 release BLACK ★ ROCK SHOOTER ~ THE GIRL IS THE MERCILESS MISTRESS OF THE NIGHT. And if you didn't manage to catch that in auction, you'll be pleased to know it's now available on Toranoana ^^ 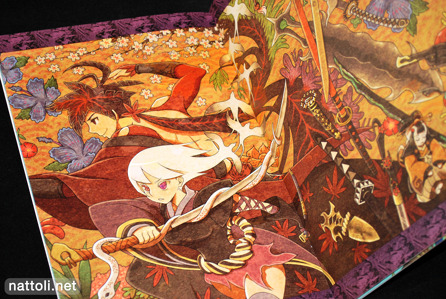 Four of the illustrations in FUFUFU 2011 are two-page spreads; one of which is a very detailed and deserving Katanagatari fan art. Though I didn't notice it initially, the characters are creatively drawn in an infinite loop, with all of the legendary swords collected. The textured finish really makes it stand out from the other digital works in the book, much like the action-packed opening Heartcatch PreCure illustration, which looks like it's been done with real media. 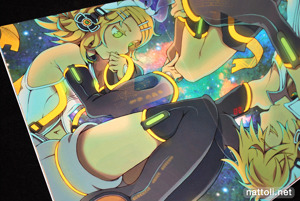 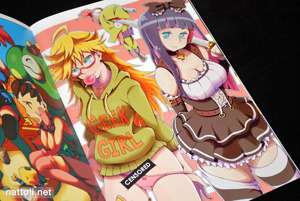 Panty & Stocking also make an appearance, looking much more buxom than usual, and with a lot more detail than the show allows for ^^; This past Comiket really provided a wealth of fan art for Panty & Stocking and it's just really impressive seeing how everyone has personalized the characters. 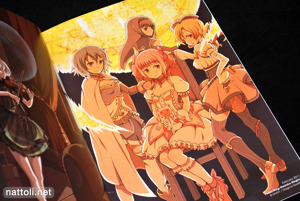 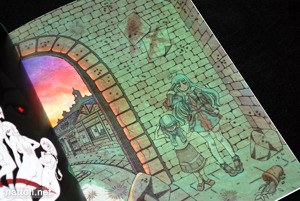 Because all of the art work is either from this year or last, the shows and games featured are all easy to remember and relevant, from Puella Magi Madoka Magica to BlazBlue Continuum Shift (with Platinum the Trinity) to Marvel vs. Capcom 3 making for a more enjoyable collection. A full listing of series featured is available on Vinhnyu's site. Though released at Comic LIVE it will be on sale again for JAPAN EXPO 2011, and afterwards it should be available for direct sale ^^.

Oh you received it, lucky you~ Nice review :3 It's to be noted that the Marvel vs.Capcom 3 art work was featured in a collector comic offered with the game in the US version.

Now I want mine too >_< Will wait after the Japan Expo :3

Heh, that's awesome. But I would think there'd at least be some re-prints for Japan EXPO! Guess we'll see. :x