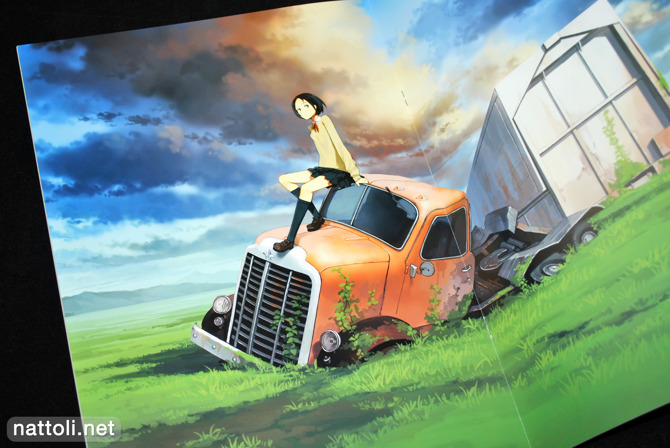 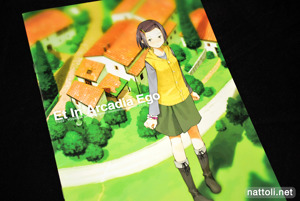 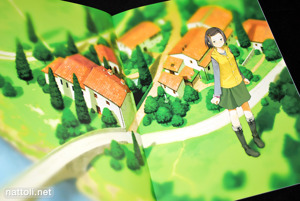 Et In Arcadia Ego is an A4-sized book and 20-pages when counting the covers. The cover art work is repeated inside as a two-page spread, with a less cropped version. The cover art background is illustrated to emulate the tilt-shift effect in photography that has been trending over the past couple of years (though probably now 'too mainstream' after that scene in The Social Network XD).

The backgrounds are really beautifully done because as I might have mentioned before, Yoshida Seiji was better known as a background illustrator until recently. It's not often you get artists who can do backgrounds and characters, and generally the ones that can do both really stand out. 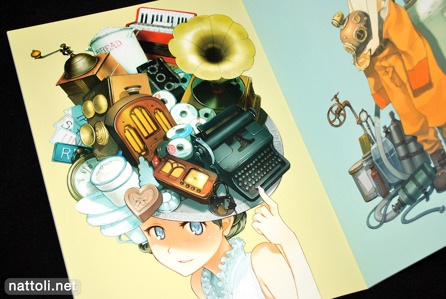 This one above was my favorite illustration, even though it didn't include a background. Just seeing all of those antiquated items pulled together in an attractive way that really makes you think of a hat and not just a mess, is quite impressive.

There is a bit of wasted space in Et In Arcadia Ego, with the inside covers and first and last pages being left empty for style purposes. But the illustrations in this collection really mesh in a way that makes them feel like a cohesive set, so adding more for the sake of it wouldn't have made it any better. Overall, it's a really well done collection, and though it may be a bit hard to find now it's definitely worth it.

The hat page is really pretty! Too bad there isn't more like that!