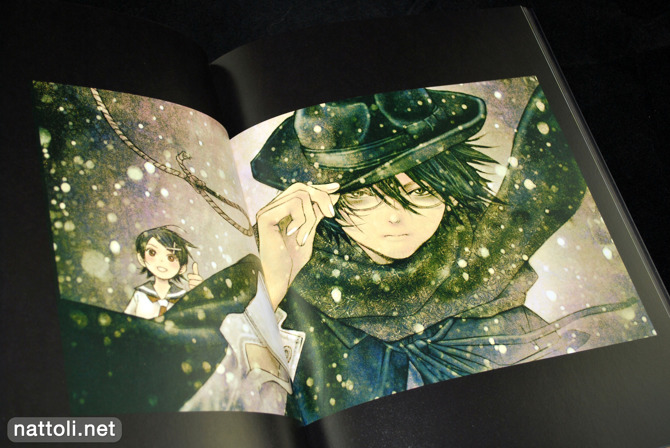 Hiroyuki Asada Illustrations Water is the second art book released by the artist this year alone, with the first being the March release of Tegami Bachi Illustrations Shine. These two books were obviously planned together, as everything from the index to the hardcover bindings and the printed, textless covers were done in the same way.

Hiroyuki Asada Illustrations Water is an A4-sized hardcover art book, and 120-pages long. Like with Tegami Bachi Illustrations Shine, when you remove the slip cover, you're presented with a textless version of the cover illustration. But unlike with Shine there is only one poster illustration in the whole book, although most illustrations are still fit full-to-page or as two-pages spreads.

Water starts out with a few original works before moving into illustrations from the manga series I'll. The illustrations from I'll range from 2001 through 2004, though because Hiroyuki Asada was such a season artist (even at that point) there isn't a noticeable quality difference. The main style change from his early 2000's art work up until now is the way he finishes his works, with creative texturing, surreal lighting, and a much darker color palette that is reflective of his style for Tegami Bachi. 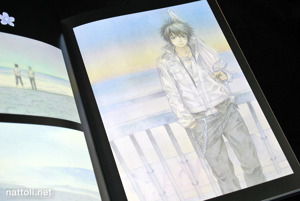 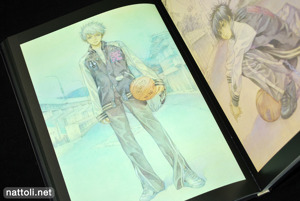 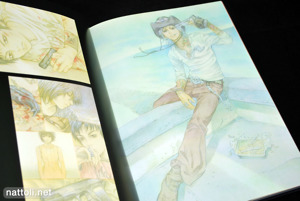 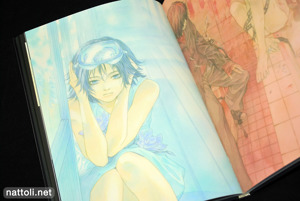 In all, there are 34 illustrations from I'll, though this number includes some shared page illustrations. It's more accurate to count pictures than pages in this book, because like with Tegami Bachi Illustrations Shine, illustrations are placed opposite empty pages, or pages that have only a design on them for aesthetic purposes.

The latter half of Hiroyuki Asada Illustrations Water features more stand-alone original works that were illustrated for magazines like Kikan S, JUMP SQ., and Shonen Jump. There are also a couple of tribute illustrations, like the Sayonara, Zetsubou-Sensei above. 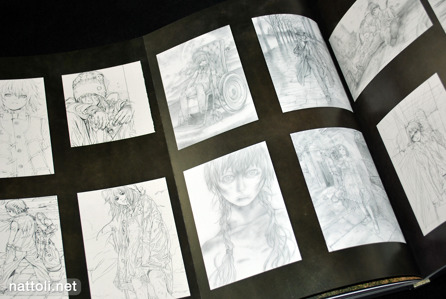 The solitary poster in the book features a color illustration on one side, but on the opposite side it has monochrome sketches of several of the finished art works in the book. Aside from those few pages though, there aren't any other monochrome works in this collection. 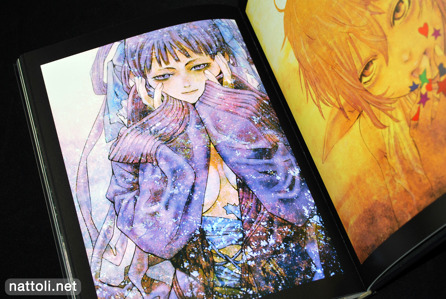 Another point of interest for many Hiroyuki Asada fans would be the regular original illustrations he's been doing for Kikan S Magazine since 2003, and is currently still doing. Thirty-four of the illustrations from the magazine are collected in here, including the on going literature series, with updated imaginings of characters from Little Red Riding Hood, Snow White, The Ugly Duckling, Jack the Ripper, and many more. 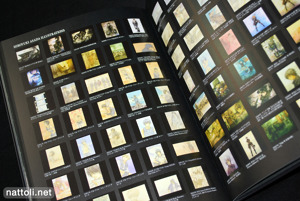 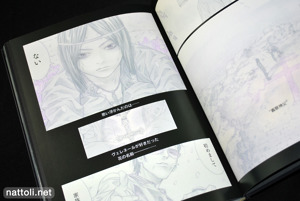 The art book ends with an 8-page color comic written by Toshiyuki Terui and illustrated by Hiroyuki Asada. It's more illustration than dialogue, much like the kind of work you'd seen in GELATIN magazine. As expected, Hiroyuki Asada Illustrations Water is an excellent art book, and as it's been years since Hiroyuki Asada's last self-titled collection there were plenty of gorgeous illustrations to include in Water.

Why did you make a review so fast, now I just can't wait to receive mine anymore! ><o

I just received this one from Amazon Japan this last week. I didn't really know the artist but bought the book on the basis of your review. ^^

I really like the character designs in this book. Also, I loved the little details like on a couple the blank pages where there are no character images, there are watermark-like images (I don't know what the right word is to use for them) that you can see reflected when the light hits the page. It's really a pretty design point.

And the book itself just feels good in your hands. I like the production quality.

Thanks so much for putting this up. I hadn't been able to see many interior pages so I wasn't sure about buying it but now I know I have to.

It's really great that people are sharing this infomarotin.

So beautiful.. Inspiring me :)

May I know which of his artbook is better? Shine or Water? Cuz' of my budget... haha