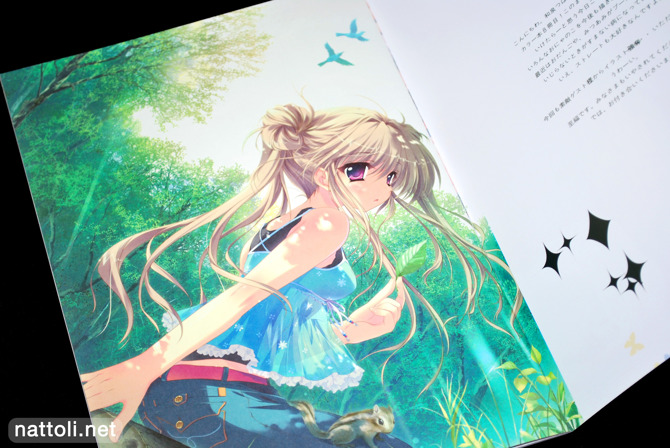 I'll start this out by saying, I'm really not an Izumi Tsubasu fan. But occasionally, I'll still buy a doujinshi here and there to see if things have changed, or because there's an illustration that appeals to me. Colorful Pop 8 happened to be one of those, and it smells like delicious peppery chips. I'm not even kidding.

Colorful Pop 8 is B5-sized and 20-page including the covers. Every page, including the inside covers, has content. The cover is really nicely done for a doujinshi, with the butterfly wings on the cover added as a see-through (in parts) plastic overlay that gives tactile feedback. The paper quality on the inside is less nice, with a visible light texture although the pages themselves are very sturdy. 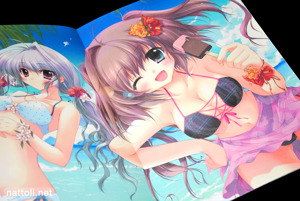 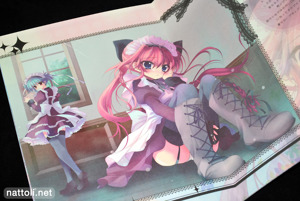 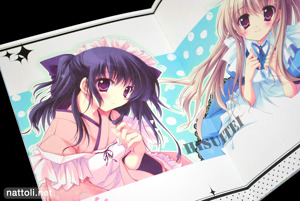 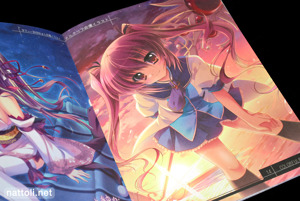 There are several two-page spreads in this collection, which does make it seem like fewer illustrations overall. But they're nicely done, with some having appeared in Etsu (Ｅ☆２) Magazines. There's also a tribute illustrations from Mercuria that had also been in another collection.

For the most part, Colorful Pop 8 was pretty forgettable, and it just served to remind me why I don't often buy them in the first place. But it does smell delicious, and that's really something I can't say everyday about a doujinshi ^^;

I really like the page arrangement. Nice background colors too, too bad the art sucks.