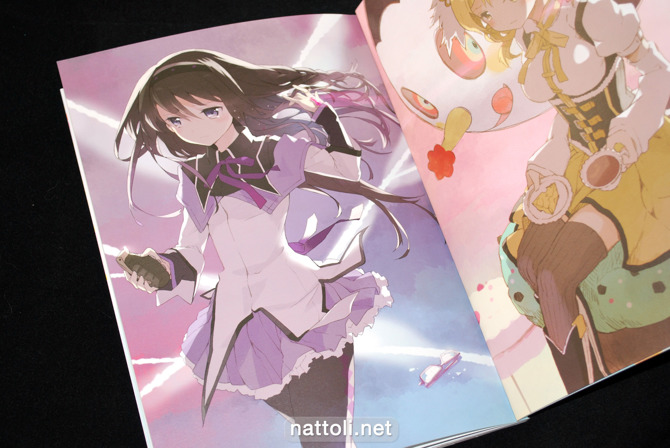 Life of Negentropy is 40-pages without including the covers and B5-sized. The front and back covers are similarly styled, with the Puella Magi Madoka Magica girls in school uniforms illustrated by Tiv, and the magical girl versions on the opposite side illustrated by Haruse Hiroki. Despite the high page count, there aren't a lot of illustrations, as a lot of the book consists of comic pages. 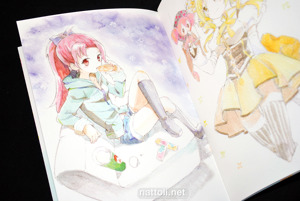 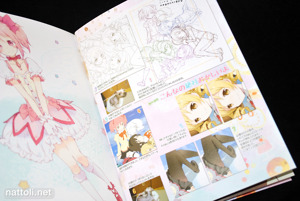 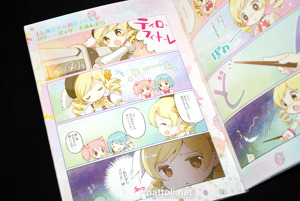 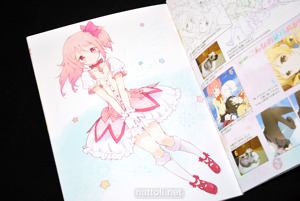 Tiv's side is mostly illustrations, featuring a solo illustration of everyone except for Sayaka Miki. Instead, there are two pictures of Tomoe Mami (definitely a favorite for artists!). The cover illustration is featured inside, but in a more complete, full-body format. There's also a brief, one-page walkthrough of Tiv's line art and coloring for the cover, followed by two pages of Mami Tomoe 4-panel comics. 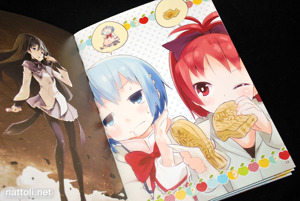 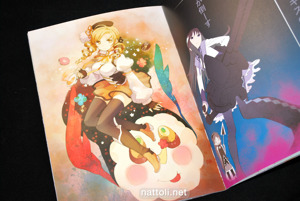 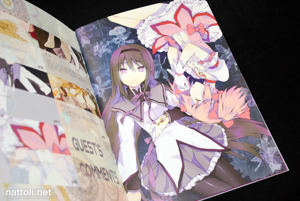 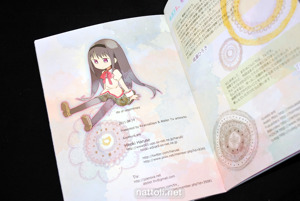 Haruse Hiroki's side of Life of Negentropy includes a spread illustration of Sayaka Miki and Kyoko Sakura and a picture process for the cover. The rest of it is a 17-page Kyuubey comic, with 5-pages being spent on zooming in closer to the same illustration. But that's the sort of potluck you tend to get with doujinshi. Tiv should have just done a solo release ^^;

The art looks gorgeous, a shame there's a lot of comic pages in it.