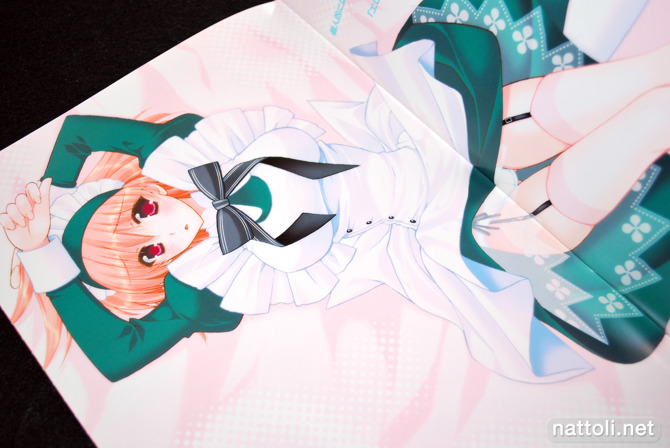 You know, a lot of the time when a doujinshi has the word "color" in its title, the contents do tend to be in color :D Too bad there isn't an absolute rule for that kind of thing. But Mario Kaneda's SLC!! Saving Life Colors!! goes with that trend. It's a full color, 24 page (including the covers) doujinshi.

Mario Kaneda is the artist for Girls Bravo and runs the circle NIKKA, so most anime watchers will have had some exposure to his art work. 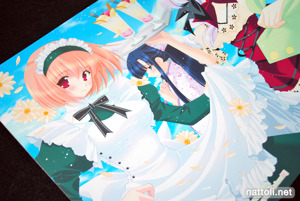 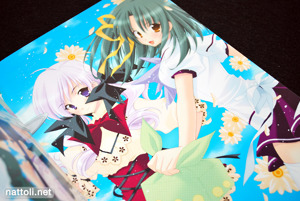 I've actually bought a lot of Mario Kaneda doujins, and though they're full color, they tend to be on the really short side---like 8 pages in total. I don't even think that's long enough to qualify for a review, I might just lump them all together in the future or something ^^; 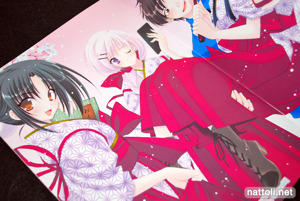 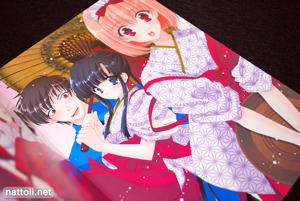 SLC!! was released May 5th, 2007, and is filled entirely of cute girls in waitress uniforms. And if not waitresses, then various servitude-type outfits ^^; At first I thought they were original creations, but it turns out they're from a comic that ran briefly in Shounen Ace and finished in 3 volumes, called Saving Life (セイビング・ライフ). 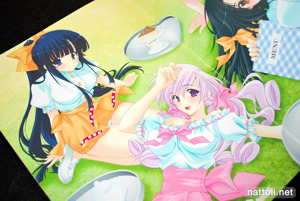 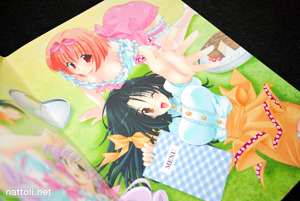 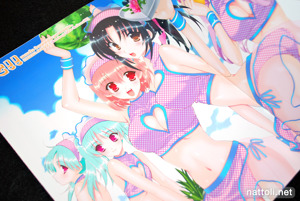 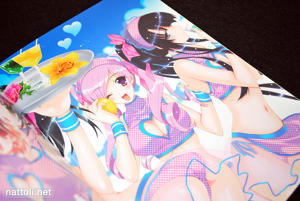 All of the illustrations are spreads, meaning they span over the two pages, which isn't so bad in this book because it's staple-bound and the pages lay flat so you can appreciate the whole image. The printing is also high quality on thick, glossy, texture-less pages. Although it's 24 pages, you do get less than half that in illustrations because of the spreads. But I really feel that the art work more than makes up for it. The style is more modern than the Girls Bravo art, and the characters are a lot more polished both in coloring and cuteness. 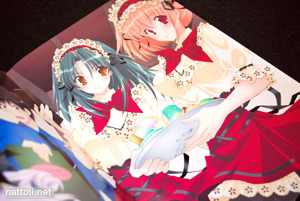 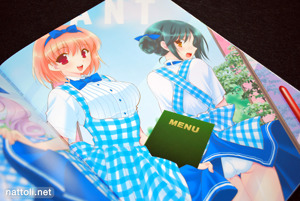 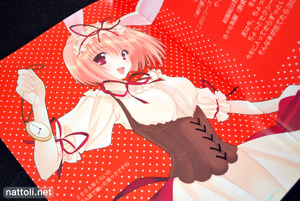 SLC!! is one of the better illustration releases from Mario Kaneda's circle NIKKA, mostly because it has quantity and quality when compared to some of his circle's more recent releases, which are high quality but also quite short. I'm personally hoping there's another art book on the horizon for this artist, as it's hard to keep buying short doujins!

Nice review. For the most part I like Kaneda's work, though not quite fond of the sharpness in the faces. I prefer more soft, rounded looks similar to Tomose Shunsaku or Tanaka Shoutarou.

Most of the illustrations in this doujin are quite catchy. I'll need to buy this one for sure.

I never liked the art for Girls Bravo, but seeing this doujin, I would say that the style greatly improved to the point that I find it nice. And it would certainly be a good idea to put "color" in doujinshi for a full color one xD

I wasn't a fan of the Girls Bravo art while it was out, but came to like it after seeing more of Kaneda's later work. Sometimes it works in reverse like that :3