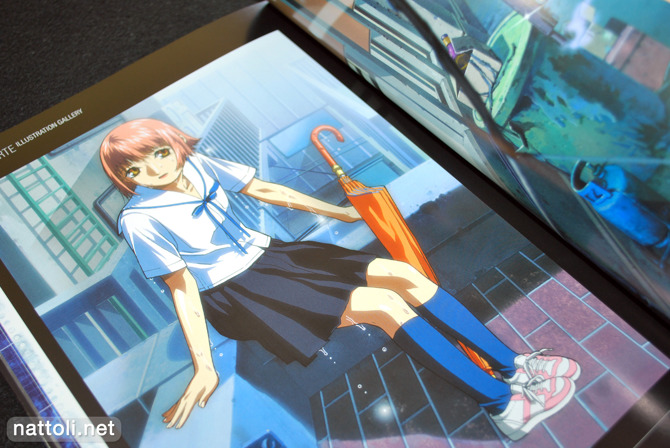 Mezzo Perfect File is an anime visual book that was released a few years ago (May 2004) that focused not only on the TV anime series Mezzo DSA, but also on the one-shot OVA Mezzo Forte. Like most visual books, it focuses on a both the promotional illustrations for the series, and the episode summaries, background art, interviews and character arts. Basically, everything any fan could want to know about the show in one place.

The book (at the time) included a book exclusive poster of Mikura and Asami in their underwear/pajamas. Though it's still exclusive in its poster form, that picture can also be found in the more recent release Yasuomi Umetsu Visual Art Works Borderless. There are about 9 pages of illustrations in the Mezzo DSA section, mostly promotional art work though some of it is from CD and DVD covers. It's a pretty thorough gallery too, as there wasn't much magazine coverage for the show. 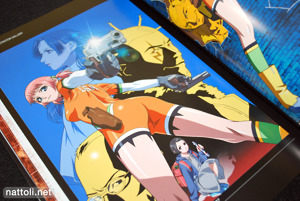 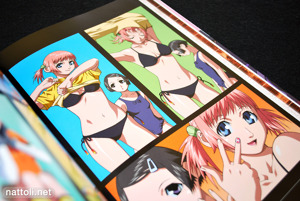 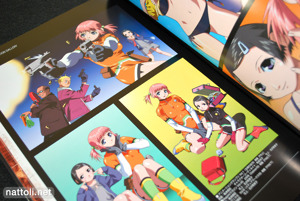 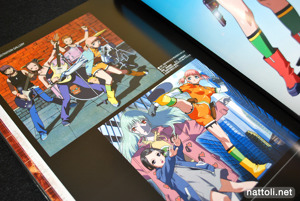 Though the beginning of the Mezzo DSA section has all full page images, towards the end the display of the CD covers and a couple of the posters from Dengeki Animaga Magazine are tiled, and printed smaller sharing a page. Again, this kind of thing is expected with visual books.

After the gallery, the rest of the Mezzo DSA section consists of screenshot-style episode summaries, screen shots of the credit-less opening, a few pages of background art and the outfits of the main characters like Mikura, Asami, and so on. This pretty much covers the first 37 pages of the book. 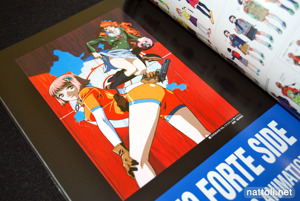 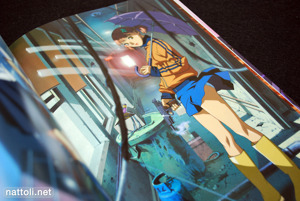 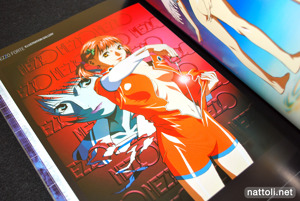 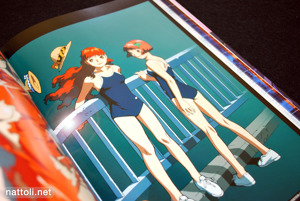 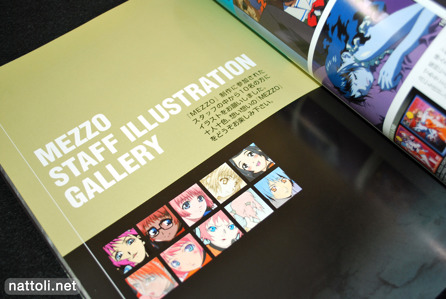 The last color portion of the site covers illustrations contributed to the book by the animation production staff. Some of the animators include Rin-Sin of Wordsworth and Ikkitousen character design fame, as well as Ishihama Masashim the character designer for the Read or Die OVAs and TV series. So this book is basically, 48 pages of color and 54 pages of black and white which is really on the low side.

As far as art work in the monochrome pages, there are about 26 pages of character line arts, which includes even characters that only appeared in one episode. That's pretty detailed as far as most books go. There are 6 pages of line art for the background scenes, and after that, it's all interviews. But there are interviews with the artist, Yasuomi Umetsu, as well as other staff members and voice actresses like Kotani Tomoko and Matsuki Miyu. 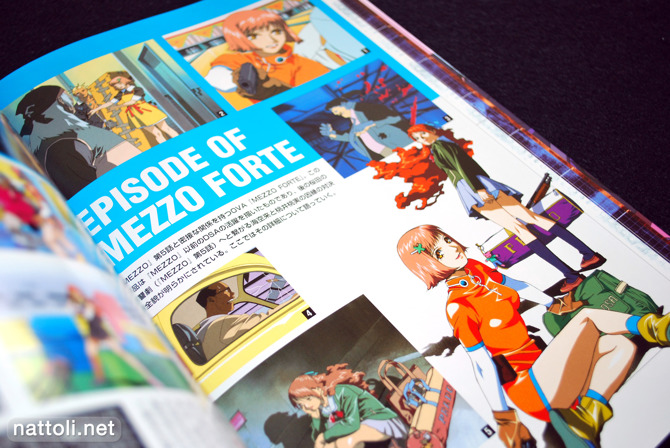 If I'd been able to see the future 4 years ago, I probably wouldn't have bought this ^^; When I buy books like this, it's because I'm wanting to see more of the art work from the show, and I'm not particularly interested in summaries and interviews. The majority of the art work in here appears in Yasuomi Umetsu Visual Art Works Borderless along with a lot of other works, so that would be the best choice if you're in it for the art work.

Full page images, nicely arranged pages with multiple images. His art style is still appealing despite showing age. It would be great to see how the borderless artbook is arranged.

I've got the borderless one, looks like more of the same, thanks for the heads up.

Is this one available anywhere or should I just get the newer one?

Definitely just get the newer one. It has all but two of the illustrations from this one, and it's all art work, and none of the episode summary/screen shot stuff.