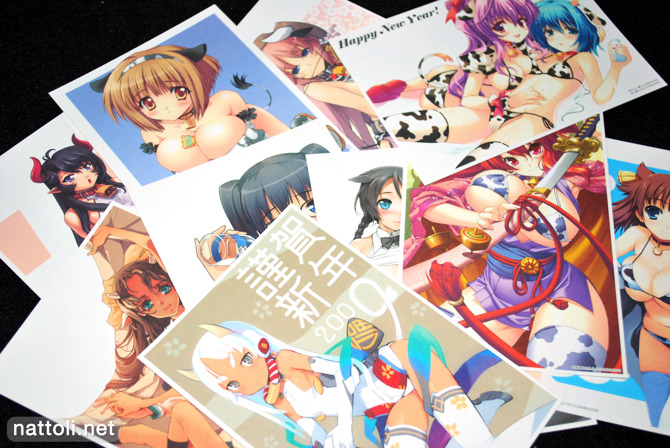 Out with the old, and in with the new! Last year, Toranoana sold a set of New Year's postcards (which also doubled as lottery tickets) illustrated by 10 different artists, with the likes of Shimada Humikane and CARNELIAN among them. In this set, the girls are all dressed as the Chinese zodiac animal for the year, the Ox. Though... since they're girls, they're cows! 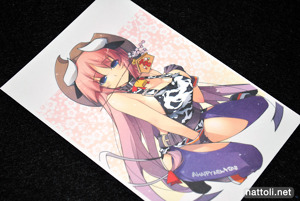 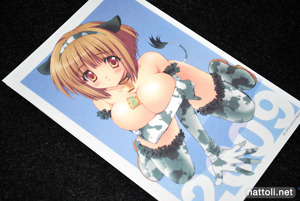 Above postcards are by Kotamaru (娘太丸) and CARNELIAN. I don't know how CARNELIAN's girl is managing to stay covered... 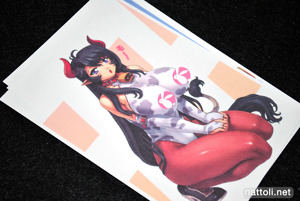 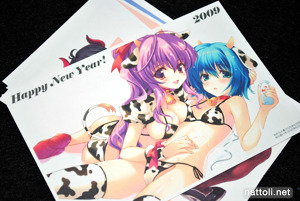 Mogudan (モグダン) does a lot of illustrations for Toranoana, but they're all a little risqué. No matter what the girl is wearing, it's like you can see right through her clothes. Ohara Tometa (小原トメ太) and Sakura Koharu (さくら小春) of QP:Flapper drew the illustration on the right. 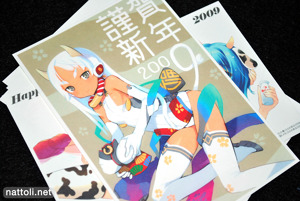 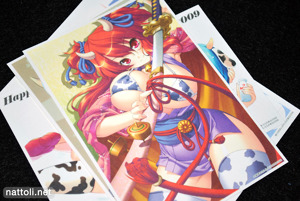 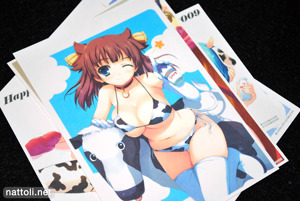 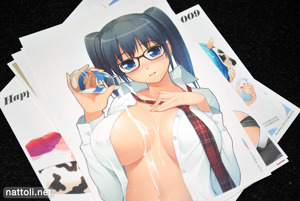 Tomose Shunsaku's (トモセシュンサク) contribution on the left and Santa Tsuji (津路参汰) of Nitroplus fame on the right. Santa Tsuji was recently featured in the 絵師100人 100 Masters of Bishojo Painting art book. 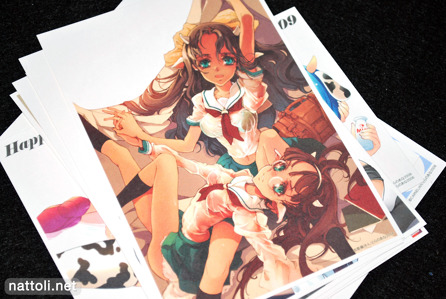 The last one is by Endo Okito (袁藤沖人), who has a style reminiscent of Oyari Ashito's. It's not technically the last one, I left out the postcard by Ishikei (石恵) because it's a bit too adult, but you can check it out on Toranoana's site. Even with nothing exposed, it's still provacative ^^;

In the 3 (and a bit) months since I've started this site, I've done 71 reviews, and I've barely scratched the surface. I look forward to bringing you more even more in the next year, along with keeping up with all the new releases! Hope you've all had a great 2009! And if not, you can make a better 2010 ^^ Happy New Year!

Nice collection. What's the size of the cards? I wonder if I can buy those somewhere. I bet they'll have ones made for 2010, year of the Tiger themed and all. I can't seem to find them on Tora though....

How many cards per set?

Sweet. Going to need to get me a batch.

That Toranoana link near the bottom seems to be broken. Great review nonetheless!

Hmm... I tried to fix it, I think it's giving the 403 forbidden error because it's not going to the entry page that asks if you're over 18.

I liked your wallpapers since the beginning and I adore your blog. I come everyday and I always enjoy your entries.

Thank you! Glad the change didn't throw you off ^^;