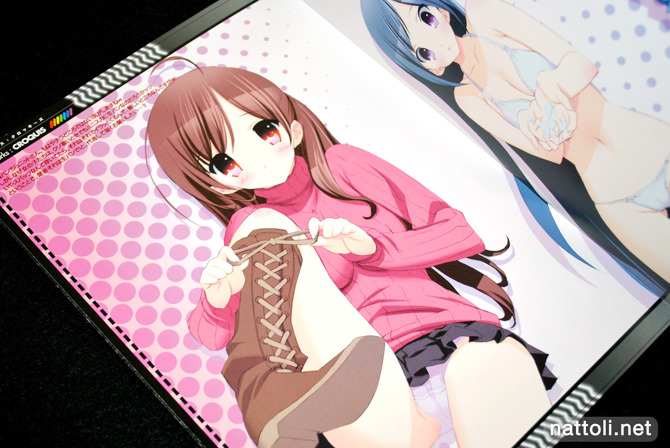 I was really hesitant about purchasing Itoh Ben's Comiket 77 release titled CROQUIS, because with a title like that, short of a complete misunderstanding from the author, it would mean sketches. But then as I looked around at auctions, it was listed as full color. So, here's what I now know about this doujinshi.

In a very technical sense, CROQUIS is full color, because the black and white sketches and line arts on in this volume are printed on color pages (which you can see from rainbow palette on the top outside corner of each page). But from a realistic point of view, I would say half of this 28 page doujinshi ends up being what I would call monochrome sketches and line arts. 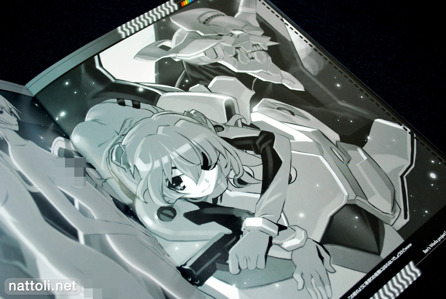 Then again, Itoh Ben's sketches are really more like pencil drawings, as they are usually quite clear and well lined, with rough lines erased, as is the case for several of the illustrations in the book. Of course, there are rough ones as well. Above is a rather cool Neon Genesis Evangelion rendition, even though it's monochrome.

But, there is also plenty full color art work in this collection. The first two on the bottom row are K-ON! inspired, but I really don't see it ^^; I usually expect beautiful armored girls to some extent from Ben's Works, but this time it's really a lot of girls in bikinis and underwear. 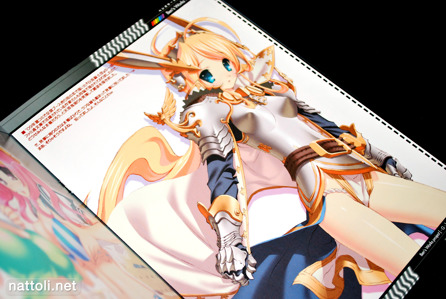 That doesn't mean there aren't any armored girls. There is, after all, the one on the cover, and this one above. 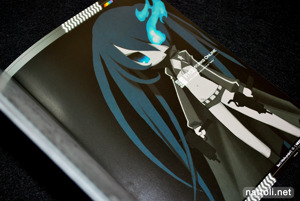 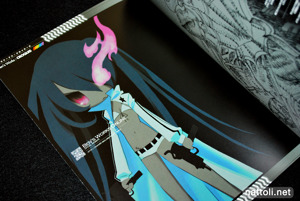 The inside front cover, and the inside back cover both have the same chibi rendition of Black Rock Shooter, but with slightly different color schemes. And as you can see from the image below, there is also some Love Plus fan art---two illustrations in total. 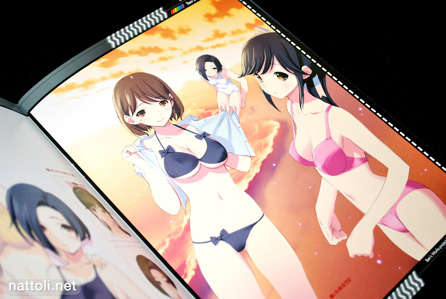 All in all, it's not too bad, considering I originally thought it would be all sketches ^^; It sold on Toranoana originally for just 450円, but they have since sold out so you'll have to try out sites like Yahoo JAPAN and Mandarake for a copy.

Any idea how many of those pages are in color?

But from a realistic point of view, I would say half of this 28 page doujinshi ends up being what I would call monochrome sketches and line arts.

Looks a bit small, seems to cheat by having the same image twice there too, think I'll pass, thanks for helping me save some cash!

"....because they are printed on color pages (which you can see from rainbow palette on the top outside corner of each page)"

And knowing is half the battle! Thank you, nat!