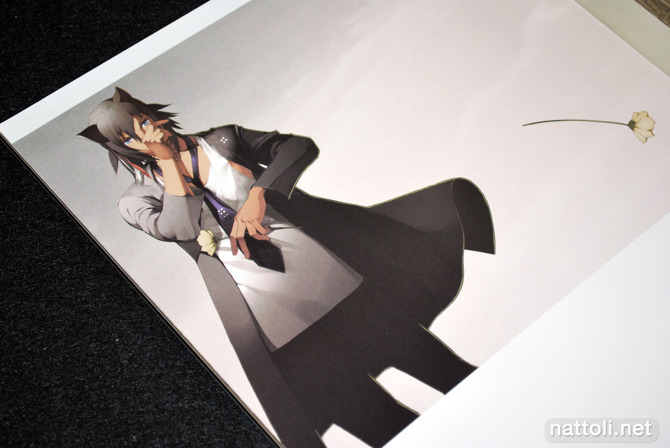 That title sounds like it could be anything, but Nitroplus's Omekashi Nikubu Art Product is a collection of illustrations by the Nitro+ Chiral side of the group, who are responsible for such well-loved games as Togainu no Chi (咎狗の血) and Lamento: Beyond the Void. So if these names didn't ring a bell and the opening picture isn't enough, I'll let you know now, this one's targeted at the ladies ;D

Omekashi is a hard to label book; it's available commercially in select shops, A4-sized and has an ISBN. On the other hand, physically it's a doujinshi---24 pages including the covers, which are both illustrated and staple-bound.

It's a pretty interesting idea, especially from a fan's point of view---you get to see your favorite characters from Togainu no Chi and Lamento: Beyond the Void in some very out-of-character clothing (in some cases), and having them "pose" like models. In a way, it reminds me of the portrait books that have come out in the past couple years, like Zero no Tsukaima Louise Portraits or TTGL Yoko Portraits. 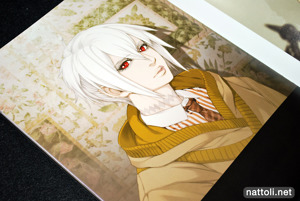 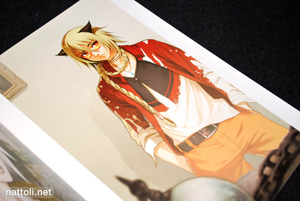 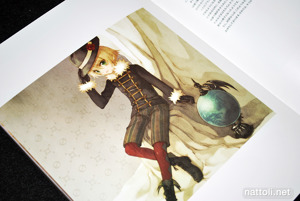 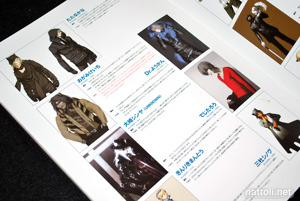 All the art work is done by the different members of Nitro+ Chiral, and each takes on only one character---except for Tatana Kana (たたなかな) who illustrates the front and back covers. The rest of the participating artists are Keichi Ogami, Dr. Youkan, Sinya Osaki, Digitaro, Kinrikimantou, Shinov Mimori, Kimi Yanoguchi, NamanikuATK, Daijirou Tsugaru, Nitro-kun, RingoKick, Pehara Paint, and Yupon. That is a lot of aliases ~_~ There are a total of 16 character illustrations, though I do believe Akira from Togainu no Chi appears more than once.

I think this collection really comes across as the artists just having a bit of fun with the characters they've created. And the clothing looks pretty nice too.

24 pages and not all of them are full page? A little disappointing.

You should try google translate, it could help you out alot!

Awesome read (once again) which makes me appreciate your blog more and more! I've been tempted to go for Omekashi back when it's been put out by Nitro+ as part of the Comike73 Set for CHiRAL, but the little content information available made me drop those plans. Of course now that's a complete different story thanks to your write-up..being a CHiRAL fanboy and fashion geek it sounds like Omekashi would be right up my alley. A pitty though that CHiRAL's other main artist Onitsuka Seeji (sweet pool) did not contribute to this release. Anyways, keep up the great work!

I noticed Onitsuka Seeji's absence too, but I was thinking maybe they started working on it a lot earlier than the release date since Tatana Kana did the covers and I thought she quit as the main artist in 2006. Can't have two lead artists at once! XD

Where can I buy this other than Amazon JP? ): does Amazon JP ship to Canada?

Amazon JP ships internationally, but they don't sell this one. At this point, your best bet is to find a re-seller on Yahoo! Japan or Ebay, but it's been a while since Comiket 75 now... ^^;