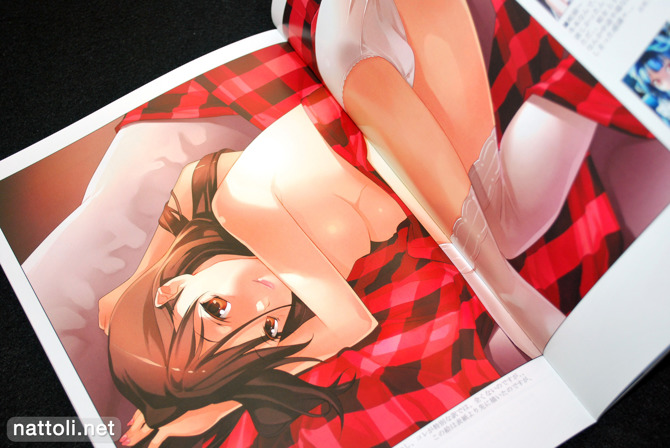 Rui Kousaki's GLASS HEART 5 is another beautiful full-color collection in his great series of illustration doujins put out during the Comic Markets. If you're not familiar with the artist, he has a really unique style (especially with the way he does faces) and does a lot of fantasy-style art work, with knights, armor and elves. Though of course, not all of the illustrations are like that.

The cover illustration is new for the collection, and re-appears in full inside this 32-page (covers included), B5 sized doujinshi. There are comments throughout the illustrations, but fortunately not on the art work itself ^^; 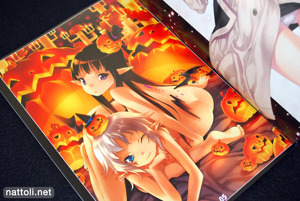 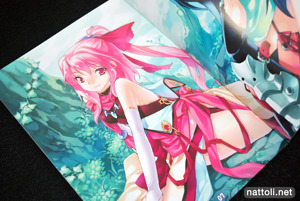 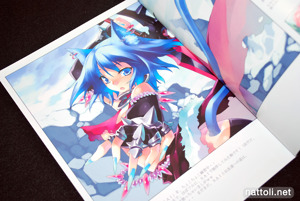 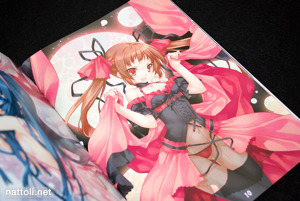 When I first got into Kousaki Rui's work, the one thing that put me off was the way he draws and colors the noses. But after a while, I actually started to find them cute. At the very least, it's definitely not a standard anime-style nose. Have you ever focused in on one aspect of an artist's work and choose to dislike it because of that? Did you later change your mind like I did? ^^;

Here's more of the fantasy-styled art work I was talking about earlier. Kousaki Rui's last Comiket release was a black and white illustration collection titled Monochrome Heart. A couple of the illustrations in this book were first featured as monochrome art works in the C76 release. I didn't get it though, I don't intentionally collect black and white collections because most of the time, those same illustrations end up in color in another doujinshi release. Sometimes I think artists release sketch collections due to time constraints more than anything else. But I don't really know ^^ 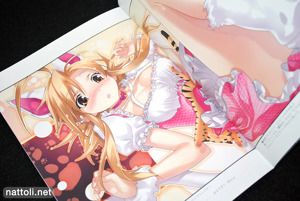 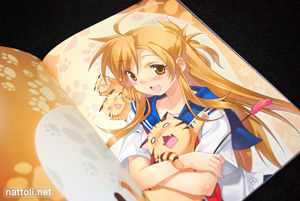 Though the artwork is mostly original characters, there are a couple of Nyan Koi! illustrations in this doujinshi. Actually, a lot of artists had Nyan Koi! fan arts in their doujins this season but it's a really cute show :3 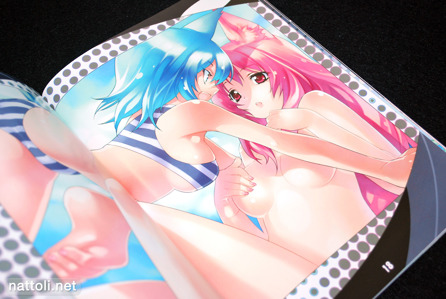 This is another one I bought off of Toranoana and there's still plenty in stock. Probably because it's a bit expensive for a doujinshi at ￥1365. It's worth it in my opinion, but I will probably be kicking myself about it later if this artist puts out a commercial art book ^^;

I've focused in on traits and disliked artists for them...but I don't think I've changed my mind on many (any? I don't remember) yet.

For me, I tend to put more emphasis on the face - particularly the shape and the chin - when evaluating artists. I prefer a slightly fuller face with more rounded natural looking features. Some artists such as Hiro Suzuhira and Mitha tend to taper down the face and point the chin. This contrasts the works of Tony Taka, Tomose Shunsaku and Tanaka Shoutarou which are more softer and supple.

This artists style does the face nicely. I'll definitely look into picking up their work sometime.

Now that you mention it, I don't think I'm a fan of the long pointy-chin art style either. It just seems too exaggerated.

I have zero stats in artistic sense and analytical abilities, so I rely on my raw instincts to guide me... Like, how I clicked this review in a milisecond when I saw a white panty... : /

But I like how the character's have noses... It's refreshing from the flat noses I normally see on anime/manga, etc.

This looks freaking SWEET! Very interested in making this my own

Very nice, I hope my second loot will arrive soon. I just checked if I bought this one; I saw it but I didn't remember if I put it in my basket xD

Lol! That happens to me all the time. This year I started a 'C77' bookmark folder, and when I bought them, I moved them to 'C77 bought' just so I could keep it in order.

Isn't this the guy who worked on Agarest?