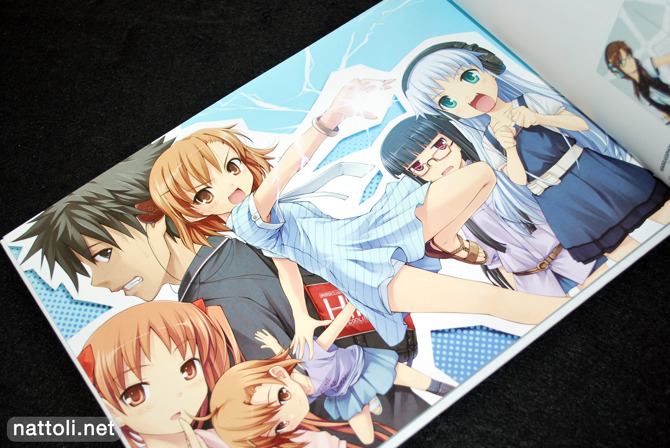 Hiiro Yuki's main release for Comiket 77 was Fabularisia Minus Art Works 1999-2009 which is a full color, hardcover collection for ten years of illustrations. He also released a second, small doujinshi from his continuing Snow Drawing Works 2009 series that will also be covered in this post, since I feel it's not heavy enough on illustrations to warrant its own post ^^; 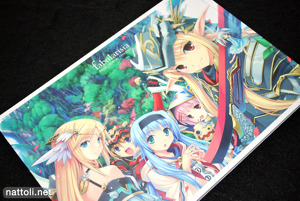 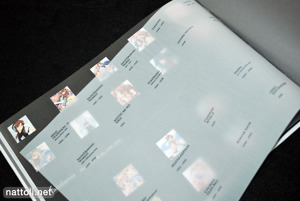 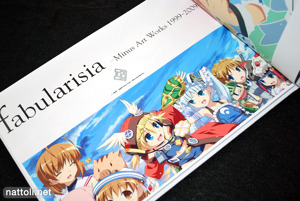 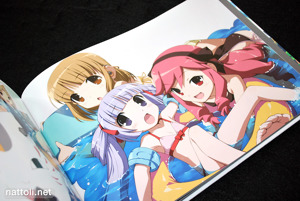 The first thing that came to mind when I saw Fabularisia was Ryo Ueda's Tonbo Touhou Art Collection. The physical make of both books are identical, with a horizontal landscape layout for pages and hardcovers. Even the front end index page is the same, with a transparent paper layover that coordinates with the thumbnails underneath. Comparatively, I think it worked better in Ryo Ueda's collection though due to an abundance of images that were originally intended as stick posters. In this case, it just makes Hiiro Yuki's illustrations look too small for the page they are on.

The art works are grouped by publication, so the illustrations that are from Hiiro Yuki's recent Head Glassphon G doujinshi art included together. The same goes for his Snow Drawing Works series, which even includes some of the black and white sketch pages from the books in tiny thumbnail sizes. Release information is also included next to some illustrations, with the number of pages in the doujin along with whether or not it was monochrome or color. Aesthetically, there is a lot of wasted space and redundant images with many pictures printed too small to really appreciate.

The publications are ordered chronologically, so you can really see Hiiro Yuki's style rewind as you delve further into the art book. I love the art work in the first half of this 64-page book, but some of the illustrations in the latter pages could have been omitted. I know having a "complete" collection is important to some people (even then, this book is still missing some of his more recent illustrations) but I think there's a point when you have to start trimming down your resume so to speak.

Many of the art works in the back don't really reflect the art we're used to seeing from Hiiro Yuki. They're less polished, and weirdly proportioned in some cases. Ten years is a long time, and I think an earlier cut off point to this collection would have really helped the content. Also more focus on recent releases would have been equally good; this is one artist for whom I'm not a fan of his older art work. On a side note, I've seen the illustration of the girl with the scythe a million times, but I would have never guessed the artist was Hiiro Yuki without this art book ^^; 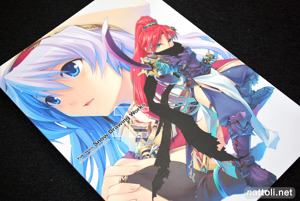 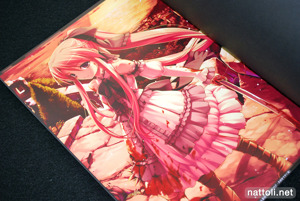 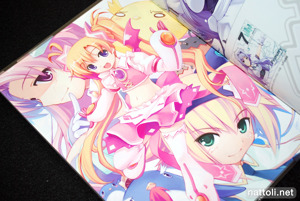 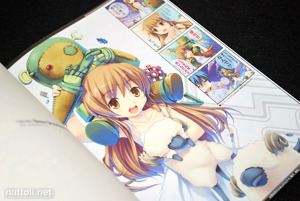 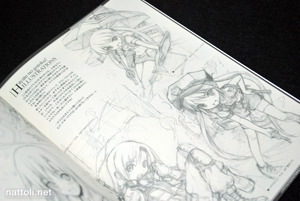 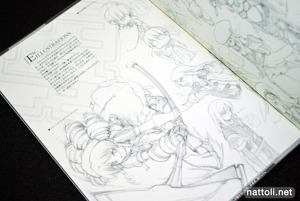 And to put that all in perspective, above are the illustrations from Hiiro Yuki's newest release, Snow Drawing Works 2009. This short 16-page (covers not included), B5 sized doujinshi consists of 4-pages of color illustrations with the rest monochrome sketches and an Otogi-Jushi Akazukin x Sky Girls crossover manga that was 8-pages long. I like the work in this doujinshi, but I wouldn't have bought it if it hadn't been bundled with Fabularisia and White Blend in an auction.

Usually when an art collection dates all the way back to 1999, the artist doesn't include a lot of the work from 1999. Too bad that wasn't the case for Fabularisia as I now know I'm more of a fan of Hiiro Yuki's post Comiket 72 (summer 2007) art work, which occupied less than half of the art book.

That index with the translucent paper is really sweet!

Nice the image of To aru majutsu no index and Sasaki in the Suzumiya picture. Vibrant colors as well.

Love the horizontal style pages of the first artbook, very interesting, I'd like to see more artists go for this style.