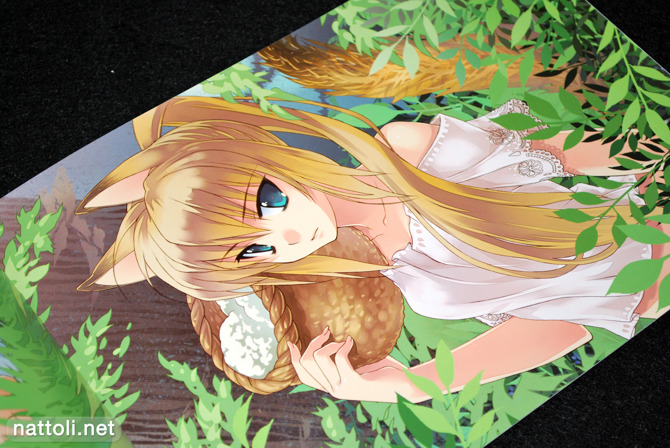 Takigawa Yuu isn't a new artist---I've seen her work in various collection books like Girls Girls Girls! Illustrations and she used to work with Chisato Naruse (hence the style similarities). But on the doujinshi scene, I just wasn't following her until now. Her recent Comitia 92 release, titled Mori (森) really caught my attention with its anthropomorphism of forest creatures, and lovely greenery in general. 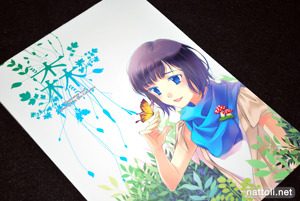 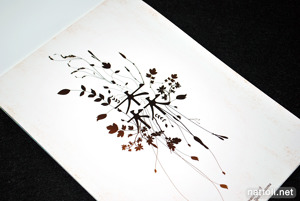 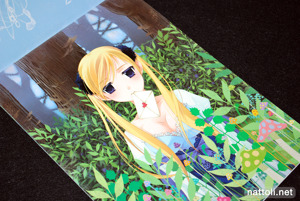 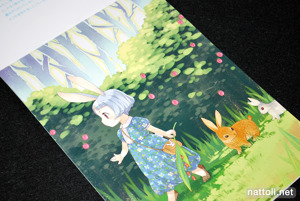 Mori (森) is full color, and features the same "characters" several times throughout. Some were previously on Tia's Magazine (ティアズマガジン), which is a Comitia Market magazine. The book itself opens like a sketch book, from the top down which creates a more portrait feel to the illustrations. 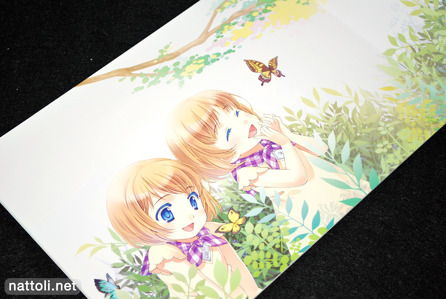 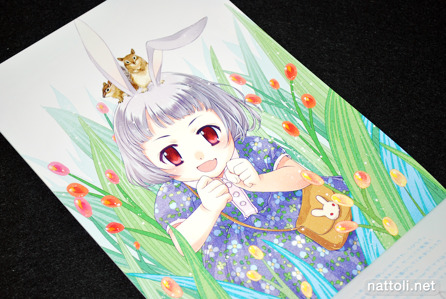 But not all of the illustrations even follow this direction, some are drawn in a landscape style, like the opening photo, so you have to rotate the book to look at it properly ^^; As I mentioned before, the greenery is a real highlight in the book, incorporating many different kinds of flowers, fruits, and leaves in a very children's book kind of style, with details only where they need to be. 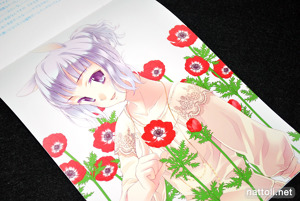 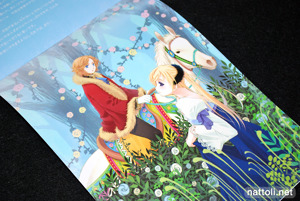 Any guesses on what kind of animal she's supposed to be? I was thinking a deer maybe... Anyhow, they're not all animals, but I figure the ones with ears must be ^^ Overall, Mori (森) has a really refreshing style that has definitely peaked my interest in Takigawa Yuu's illustrations again.

DO WANT, thank you for showing me the inside!

Really not bad at all for a doujin, hope to see it on auction some time ^^