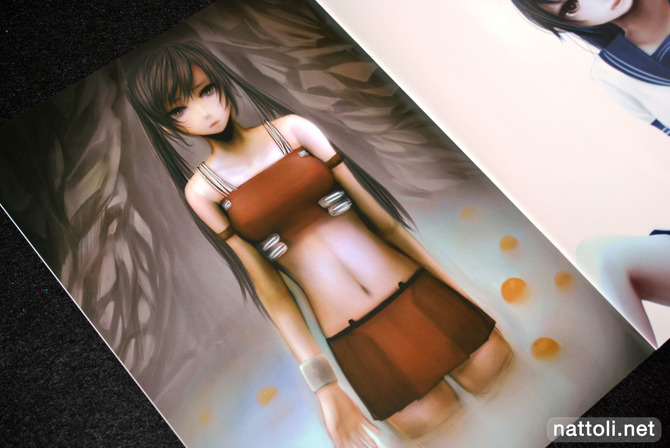 I have to admit, I went for this doujinshi because of the cover girl---she just looks like someone who belongs in the Black Rock Shooter universe ^^; First Line is Kushima Rei's first doujinshi publication, and it came out during the Winter 2009 Comiket. 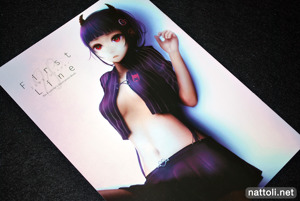 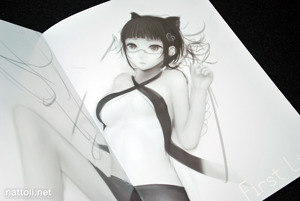 This A4-sized, 16 page (including covers) staple-bound doujinshi manages to feel even shorter due to the fact that several of those pages are occupied with a lengthy "Making of the Cover Illustration" commentary. Kushima Rei really does have quite a lot to say about the process ^^; 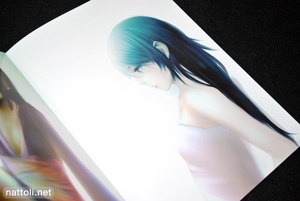 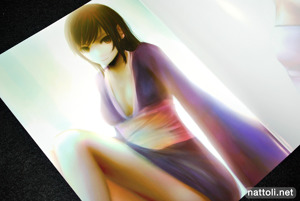 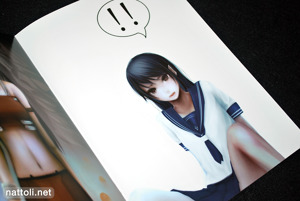 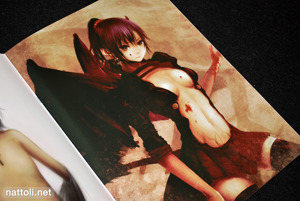 So technically speaking, there are only eight illustrations in total, one of which is a clothing variation on the cover illustration. While I think the coloring looks great and the eyes really draw you in, a lot of the poses seem too stiff. Kushima Rei has redjuice listed as an admired artist on his profile page, and I think there's some emulation of the style to a degree, especially in the faces. 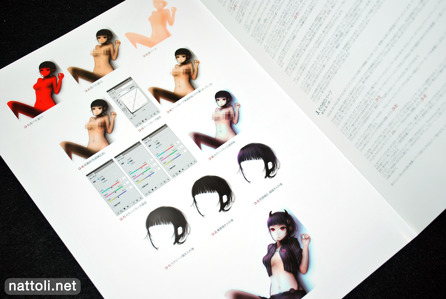 The commentary portion at the end of the book actually occupies five pages, with alternating pictures and text pages. When it first came out, the PSD of the cover art was available for download so you could follow the process more clearly, but it's not available anymore. First Line really comes across as a first book, and though the pictures are nice, there just didn't seem like enough content to really fill it up.

It seems like you're getting just one work too, the same boobs hanging out of your shirt thing multiple times...