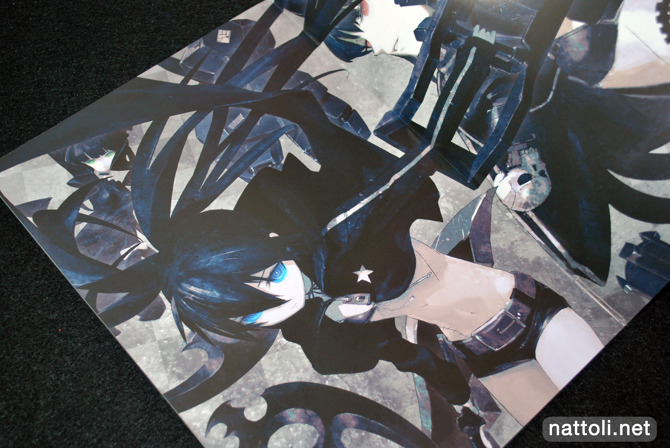 Huke's Comiket 77 release was Black Rock Shooter Visual Works 2, and similar to the first volume, its content consists of the characters that make up the BRS world. There is a great focus on the villains in this volume, and impressively, none of the Black Rock Shooter illustrations that appeared in Huke's PICSIX are in this book, so there is no overlap.

Even though I ordered this from Toranoana, it still included the plastic slip cover and it fits nicely over this 32-page (covers included), staple-bound doujinshi. It's the same kind as the plastic covers over the LEAF Illustrations art book series, only smaller. 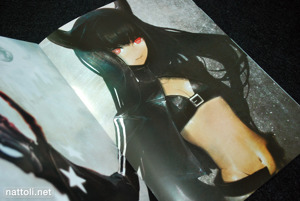 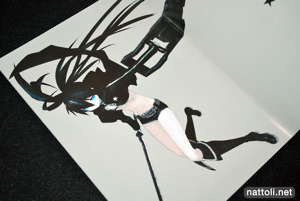 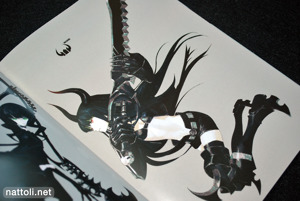 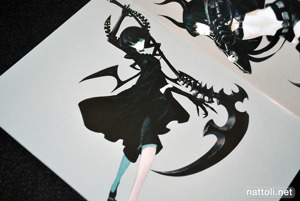 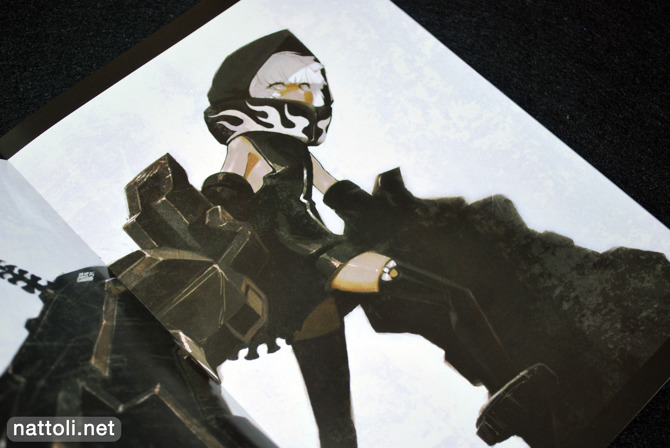 New villian? Kind of feel sorry for her (STR), having to lug those huge fists around... Maybe it's a metaphor for something :D

Insane Black Rock Shooter is above center, with the purple eye flame. That was (thankfully) one of the few pictures in this collection that was on Huke's Pixiv as well. I really enjoyed this collection, even more so than the first volume. Huke's style seems even darker, yet much more appropriate than the almost chibi-look that Black Rock Shooter started with in the music video.

BGS is Black Gold Saw. Are you sure OM isn't DM? Dead Master. Can't tell you anything about STR.

Hrm, I want to see more Black Devigirl artwork (or even Black Matagi), but it is very nice to see some new material from huke.

Ah, now that you mention it, it's probably a 'D.' An 'O' would have been closed all the way. This is what it looks like though: 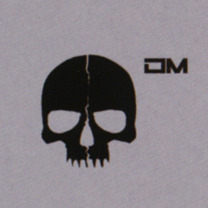 Thanks for the names! :D

So jealous right now, I don't think I will ever get this in my poor little hands :(

C77 already! Fantastic! I like BRS but I hope we're gonna see more from comiket soon!

Ah where'd you get it?? I can't find it anywhere plz help!

Yahoo! Japan Auctions is your best bet. You'll have to use a deputy shop to purchase it, unless you're in Japan.