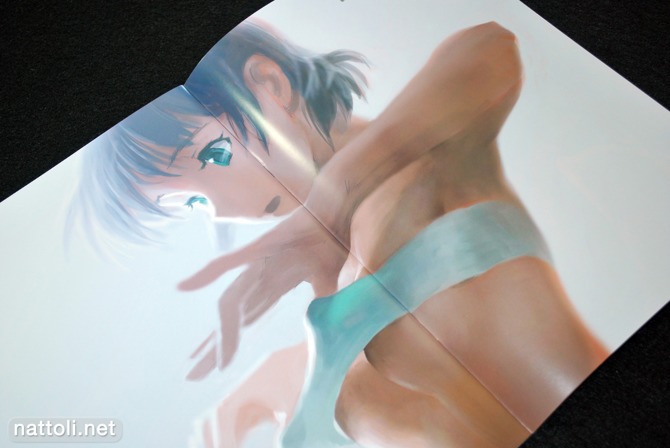 Nadeara Bukichi, also known as NadiaLoveKitty, has been illustrating scantily clad girls with pasted panties from as far back as I can remember. I feel like there's been a recent resurgence of her work, that or I just started to notice it again ^^ 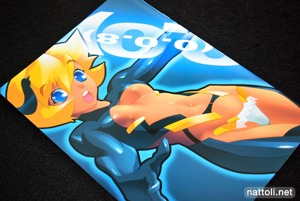 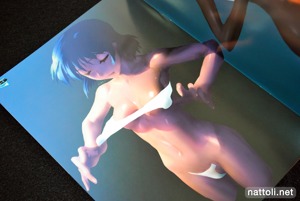 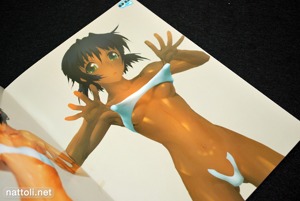 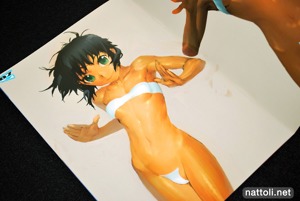 (0.0.0)(0.0.8) is a short 16-page, staple-bound doujinshi that's B5 in size. And I have no idea how the title is supposed to be said. The contents focus on Nadia from Secret of Blue Water, but also include fan arts from Love Plus and Toaru Kagaku no Railgun among others. Some of the illustrations are a little rough on the line work, but the lighting and coloring always look finished.

I'm sure you can tell the "theme" from all the photos. But this is the style worn by characters in just about all of Nadeara Bukichi's illustrations. I remember hearing there is a term for that style of "clothing" at some point that referenced the illustrator, but I can't remember it anymore. Anyone know? 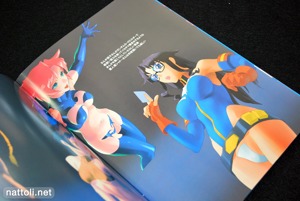 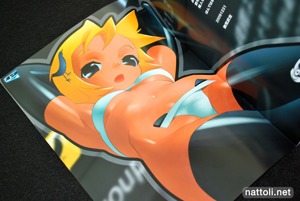 Some older characters are also featured, like Yomiko Readman from Read or Die and Cammy from Streetfighter, but those illustrations just share a page. After all, as it's only 16-pages including the covers, it can't fit a lot ^^; And yes, this was a C77 release, I still have lots of Comiket 77 stuff. I've resigned myself to the fact that I'll never get through things in a timely manner ^^

Someone has a specific fetish

With such nice artwork and photography by nattoli i could fall for this fetish, too.