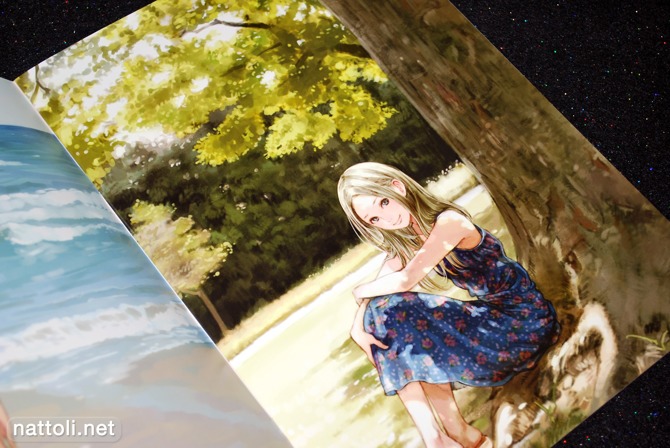 I was looking back on things from Comiket 77 that I somehow missed, and Kishida Mel's short but sweet Pistil was overlooked! To remedy this, I figured I could combine that and his Comiket 78 release, Lumen, in the same review especially since they're both so similar overall.

With both books out in front of me, the summer and winter contrast in the illustrations is a lot more obvious. Well, except in the underwear only art works. Pistil had the winter theme, with many of the girls portrayed in winter clothing with less vibrant colors and sometimes outdoor snow sceneries. 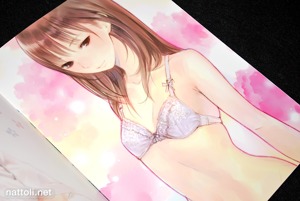 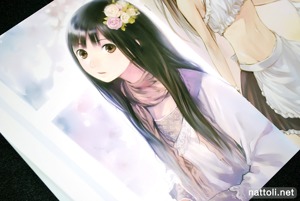 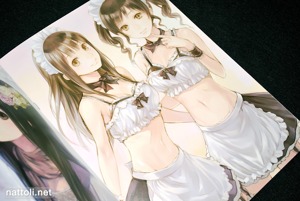 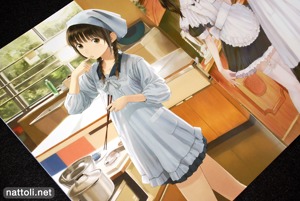 Pistil is 16-pages and A4-sized, printed on a heavy card-stock paper all the way through so that the covers feel as thick as the pages. Even though it's 16 pages, it feels a lot more like 12 because the inside covers along with the first and last pages are just solid colors pages without any illustrations. While increasingly more artists make use of all the pages in their doujinshi, Kishida Mel has not joined that bandwagon. So including the cover, there are ten illustrations in the book, with one of them being a two-page spread. 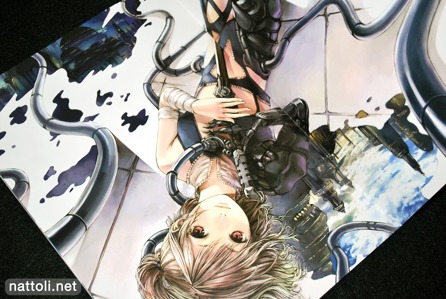 And unfortunately, that two-page spread doesn't even line up properly in this staple-bound volume ^^; But it is a rather unique illustration from Kishida Mel, depicting a cyborg girl which is a far cry to the every day scenes he usually portrays. 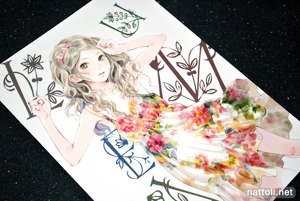 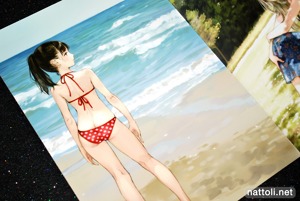 Kishida Mel's Comiket 78 release Lumen is pretty much identical to Pistil in format, 16-pages in length, A4-sized, and heavy card-stock paper for all the pages and covers. It also wastes the inside covers along with the first and last page by making them just solid color pages with no illustrations.

That being said, the summer theme this time is just gorgeous, with beautiful lighting and detailed sceneries to compliment the girls. While the more detailed backgrounds in Pistil were for the most part indoor scenes, this time everyone's outside---which would be the case for summer ^^ 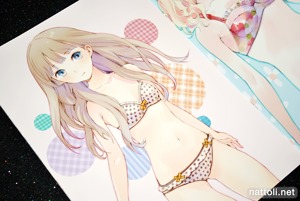 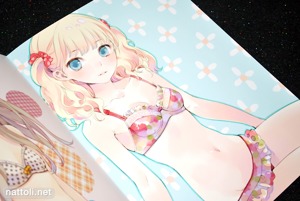 In Lumen Kishida Mel also includes a few illustrations done with his distinctly more video game style, with girls reminiscent of the designs from Atelier Rorona & Totori. None of the poster illustrations from the Dengeki Daioh GENESIS magazines were included (so far). There were also no spreads in this volume, so including the cover there are 11 illustrations. 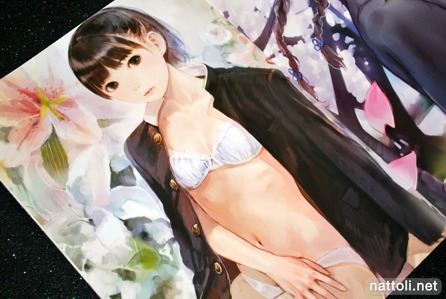 However, I did recognize this illustration from Kikan S Vol. 29, which was the "trap" issue. Yes, that's actually an illustration of a guy in women's clothing above. Which just goes to show you wouldn't know unless you were told!

Both Lumen and Pistil were briefly sold through Toranoana, but for the most part if you wanted to get them now you would have to use Yahoo! Japan Auctions. I think they're worth it, but only if you can get them cheap. The both of these together would have made for one decent length doujinshi.

Wow this artist is pretty incredible. Wish I had the money to get these right now.

Funny thing is I think this artist and the one from a circle by the name of Raving Phantom(http://www5b.biglobe.ne.jp/~w-croon/) have very similar styles.

Thanks for the review.

Looks good, lumen especially, I will look out for a good deal.

This looks really high quality, thanks for the inside look!