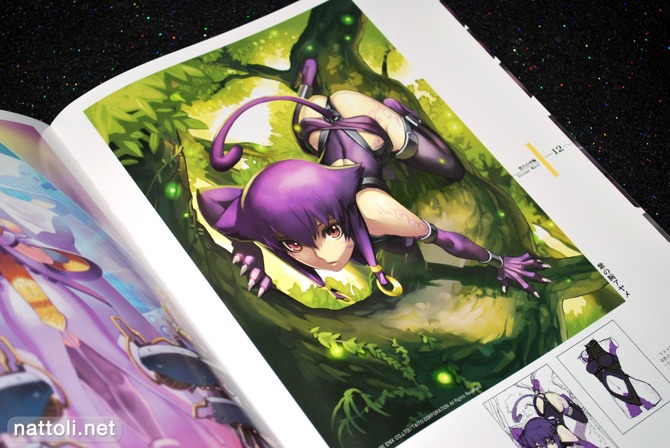 I don't know what it is about trading card game illustrations, but I've really never been interested in them. So knowing ahead of time that Ar Tonelico illustrator Nagi Ryou's Comiket 78 release T.U.R.N Collection of TCG Illustrations would be exactly that, I wasn't initially committed to buying it. It didn't help that the resale price for the doujinshi on Toranoana was ￥1470, which is really quite high for a 24-page doujin considering I've bought new art books for less. 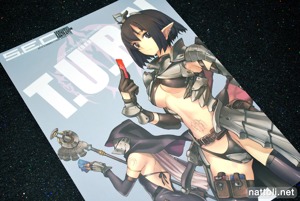 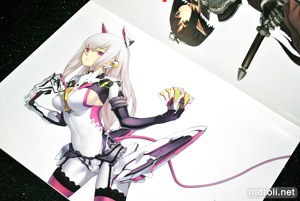 Like with a lot of TCG illustrations, there's an eclectic mix of fantasy elements from airships, to mecha monsters, to elf, cat, and cyborg girls. In total there are 33 illustrations, which are for the most part presented on half a page in this A4-sized doujinshi. Some exceptions to that are the first few pages, which feature a full version of the cover illustration and a card-dealing girl wearing lingerie on the outside of her suit... 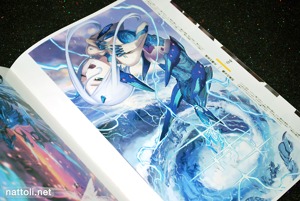 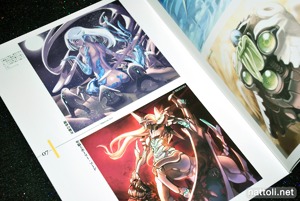 The illustrations are padded with thick white borders that include Nagi Ryou's comments on each work along with card titles. And unlike some of his more recent self-publications, the art work in T.U.R.N was not previously featured in any of his other doujinshi. 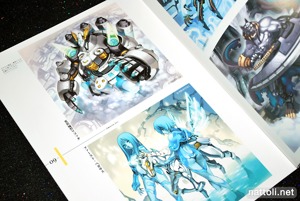 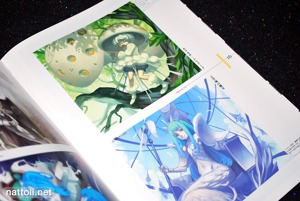 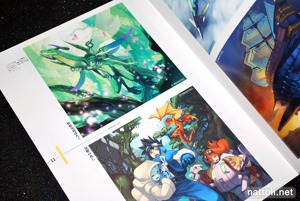 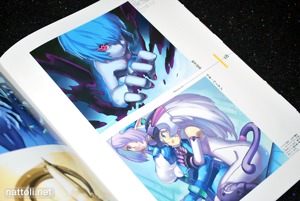 The illustrations are really well done---the ones featuring the blue girls are particular standouts, with more dynamic poses and points of view. But there's still something about these monster cards that just makes me think of Yu-Gi-Oh, and not in a good way. Is there even a good way to think of Yu-Gi-Oh? 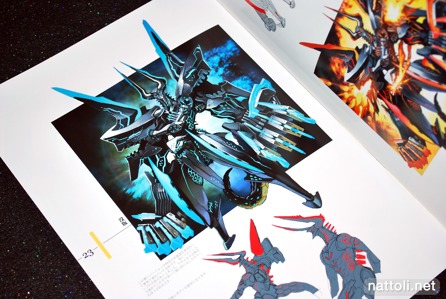 All things considered, T.U.R.N is quite packed with illustrations, especially compared with Nagi Ryou's other doujinshi. Even if it's not quite the style I prefer, there were enough illustrations in it to make it worthwhile in a collectible sense. Especially since my final frontier would be buying trading cards for their illustrations ^^;

ah! this book is not on sale anymore ryt? damn it! it looks rly good T^T oh, um, is it possible for u to put the book name in japanese nxt time as well, coz it might be easier for me to search it, much appreciated! :"D

The book name is T.U.R.N even in Japanese. You'll also find results if you search by artist (凪良) or his circle (S.E.C).

Very very very nice! I like a lot XD~