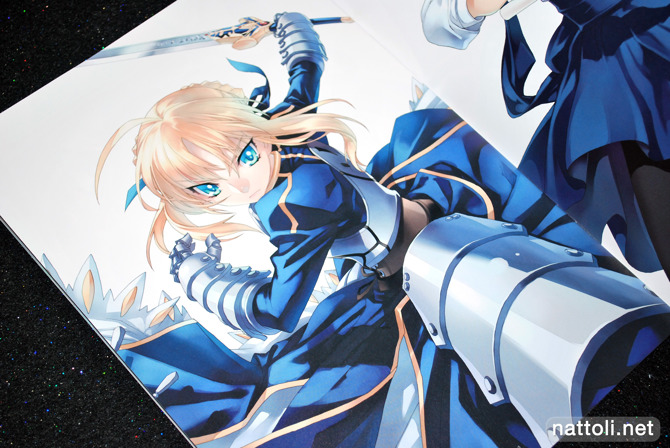 I was surprised to see such a large collection in Kousaki Rui's Comiket 78 release Tokimeki Mono when he had just released a sizable amount of illustrations for C77 with his GLASS HEART 5 publication. But I guess it helped that several of the illustrations in the last one were reprints. Some of the ones in Tokimeki Mono are as well, but since they were done outside of Kousaki's doujinshi circle, they're new to me ^^

The contents of Tokimeki Mono are entirely fan arts, unlike previous GLASS HEART releases which generally included original works as well. Tokimeki Mono is an A4-sized staple-bound book that's 28-pages in length. And unlike in most doujins, every page is used including the inside covers, so it feels like more illustrations. The first few illustrations in the book feature Tales of the Abyss and Tales of Destiny characters. Which reminds me, there's a Tales Of Series 15th Anniversary Book coming out on the 15th. Though I don't think it's going to be all illustrations, it's still going to be an awesome collection of character profiles, settings, interviews and art works. 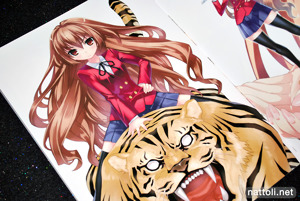 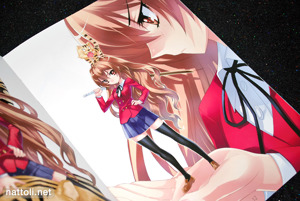 There is a single illustration from both Vocaloid and Touhou, but it's neat to see in Kousaki's style, as these are the first I've seen in a collection from the artist. Other fan works included a couple of illustrations from The Melancholy of Suzumiya Haruhi, Sengoku Basara, Fate/Stay Night and Durarara!! I was really amused by the "place-holder" Nagato Yuki illustration, guess it's so you can imagine yourself riding the bike with her? XD 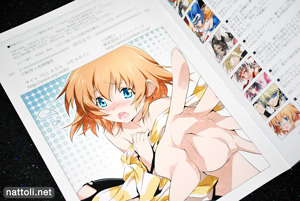 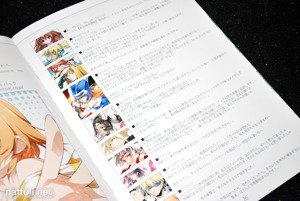 Tokimeki Mono closes with an illustration of Joey from Heroman caught undressing. The index includes Kousaki Rui's comments, though not on every illustration. I bought this through Toranoana shortly after C78, but it's sold out now though there's always a chance to catch it on auction.

Do you think the noses look kinda wrong? Maybe it's just me!

Lol, it's not just you. I made the same comments about his work on my last review. Really didn't like them at first, then just got used to it ^^;