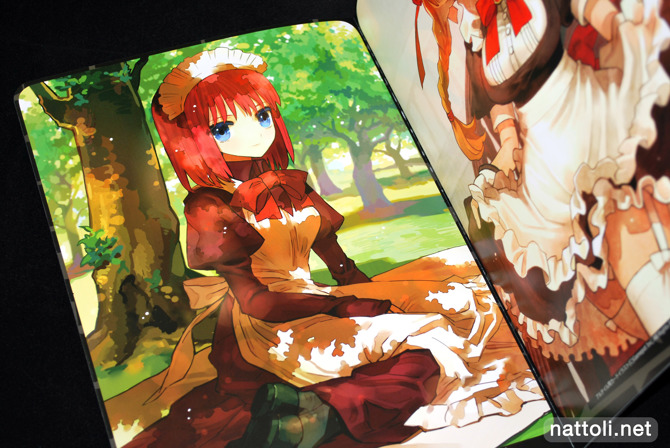 Though RCO Wada's Toka Toka 3---released at Comiket 79---is on the shorter side like most of her doujins, it showcases a beautiful assortment of works from series like Revolutionary Girl Utena, and Shingetsutan Tsukihime along with original pieces. 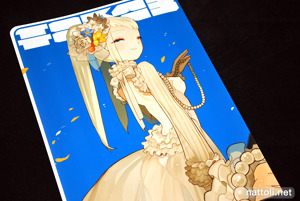 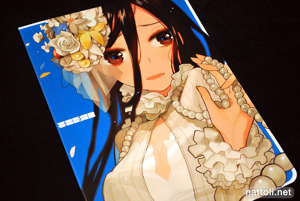 The book itself is rather uniquely constructed, with rounded and smoothed page corners. The cover art is newly illustrated, and the picture wraps around both the front and back covers. Toka Toka 3 is A4-sized and 16 pages including the covers. Unfortunately, there is a lot of wasted space, namely the inner and outer covers, which seems to be a new trend with RCO Wada's latest doujins. So including the cover, there are 12-pages of illustrations. 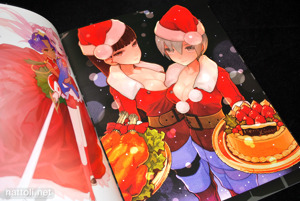 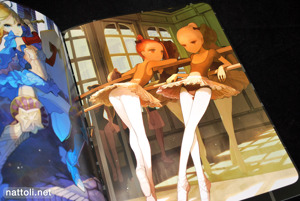 Several of the illustrations were done for card games, and RCO Wada's Girl's Avenue poster that was in Megami Magazine Creators Volume 21 is also included. Overall, Toka Toka 3 was a much improved collection compared to C78's originally themed High Leg Cut Armors. I'd hate to say it's because most of the works in Toka Toka 3 were done commercially, but it's probably true ^^;

I love the coloring in this book! Thinking about getting it!