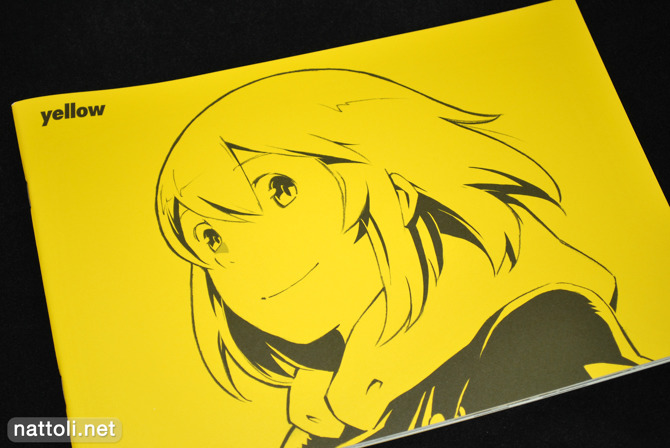 Shigeto Koyoma is probably better known for his mechanical designs in shows like Star Driver Kagayaki no Takuto or the ending sequence for Panty & Stocking with Garterbelt than as the character designer for HEROMAN. But HEROMAN's Joey Jones holds a special place in his heart, and for that he released YELLOW, even though it was rumored that "making doujinshi for the show was prohibited."

And by the way, there will be quotes. That's because YELLOW is written in both Japanese and English, so Koyoma's amusing insights into his illustrations can be fully understood ^^ YELLOW is a B5-sized collection with a horizontal layout and 45-pages without including the covers. It's printed on a newsprint-style paper, using only shades of black, gray and yellow. 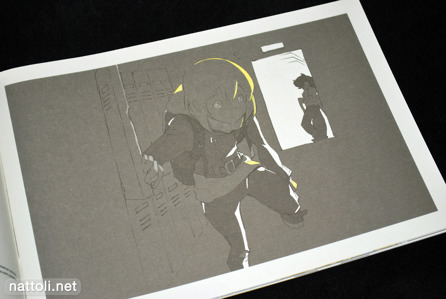 For the above illustration, Koyama wrote "I don't know why, but I've been fascinated by the lockers in American schools. Some square centimeters worth of private space for each and every student. There's a children's kingdom inside." I know I never felt so passionately about my locker... 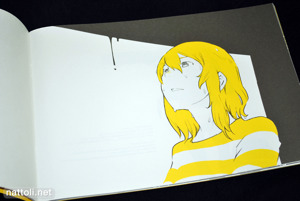 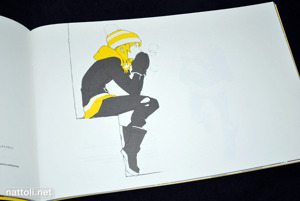 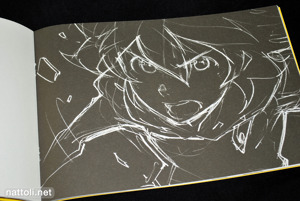 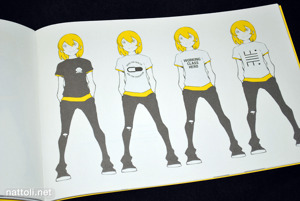 There is a lot of variety to the illustrations in YELLOW, expect for a series of three pages with Joey in slightly different T-shirts. Still, considering how anime characters tend to wear the same thing all the time, it's refreshing to see Koyama's subtle changes to Joey's wardrobe. 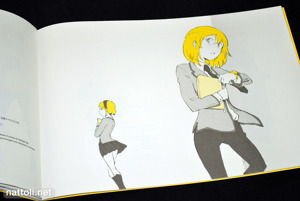 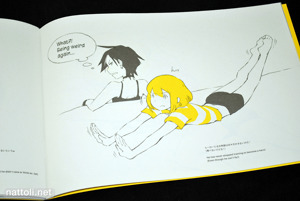 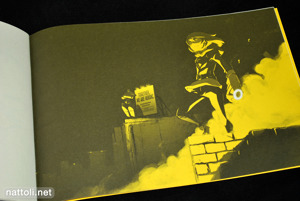 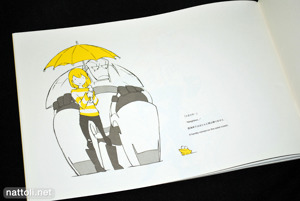 I love the illustration with Joey and Lina in glasses and school uniforms, as if the anime had taken place in Japan instead of the U.S. For this illustration, Koyama Shigeto says "For a designer, eye-glasses are unfailing items (when it comes to designing). For the main characters, I always thought one character is the limit." Which must be true for everyone, I seldom see shows with more than one main character in glasses ^^; YELLOW is a really nice buy for fans of HEROMAN or Koyama Shigeto, but since it is so solidly focused, it might not be as interesting for folks who aren't familiar with either.

Iam not familiar with the series, but his simplicity in the drawings made me curious for more O_O. writing on my watch list

Dear Sir or Madam, Do you know where I can buy 'Koyama Shigeto's YELLOW' Art Book. I love the Anime Marvel show of Heroman very much. I saw the epicness of the show and I would love to have the art book of his work