Chisato Naruse's Comiket 78 release Escursione is a small-sized illustration book, with art work on a travelling theme. This was the smaller part of her release; the other half was a joint project with Yuu Takigawa that included a custom bag and stationary. 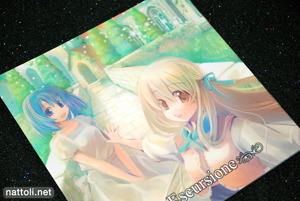 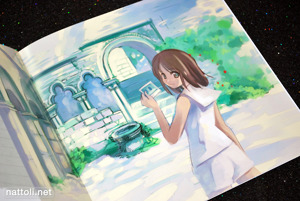 Escursione is A5-sized, which is slightly larger than a CD booklet. It's staple bound and 20-pages when counting the covers, but many of the illustrations are spread across two pages. It feels like a pretty light release, especially when compared to the illustration heavy Wonderland, published earlier this year. But, unlike Wonderland, the majority of illustrations in Escursione are newly drawn for this publication. 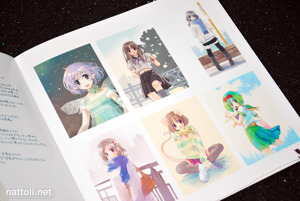 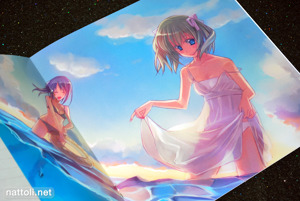 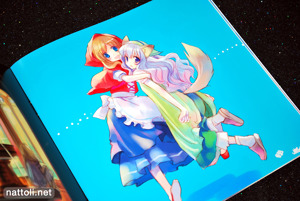 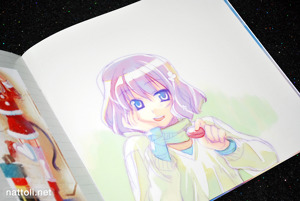 Even still, I like Chisato Naruse's art work, with its soft and colorful outlines and watercolor finishes. And one thing that I don't usually see a lot of in her illustrations are sceneries, but there are plenty of those in Escursione with nicely detailed backdrops and almost fantasy-like lighting. 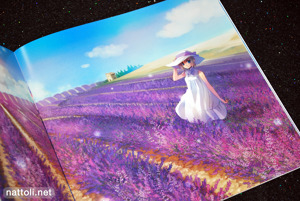 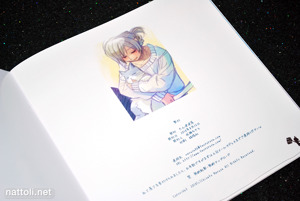 Escursione retailed for ￥751 on Toranoana, which I felt was a little high for what this was. But hey, everything feels a little more expensive with the current dollar to yen exchange rate. Which reminds me I'm not really looking forward to Comiket 79 on that front... Overall, there were some nice works in this, but I wouldn't recommend it unless you just have to have everything Chisato Naruse releases. It could happen ^^