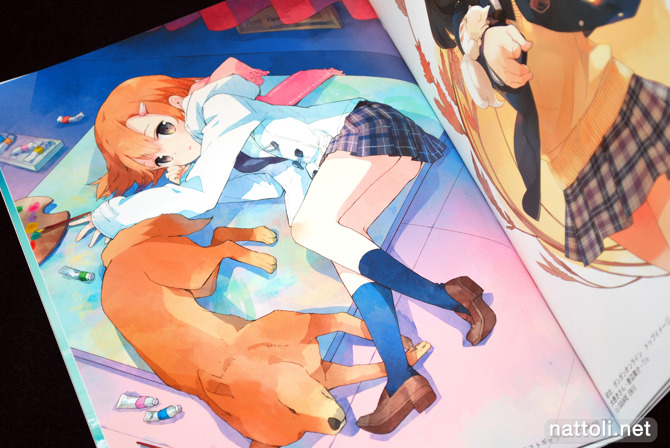 Still the Winter... is B5-sized and 28-pages when counting the covers. There are four two-page spread illustrations, although there are also several pages where an illustration is adjacent to rough sketch versions of the same illustration. As a result, though it's the same length as Tiv's Comiket 78 release Wireless Lemon, there are fewer illustrations overall. 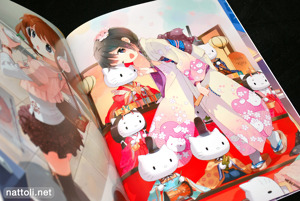 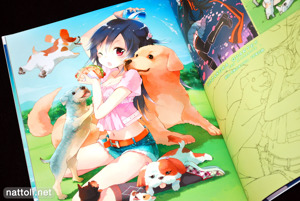 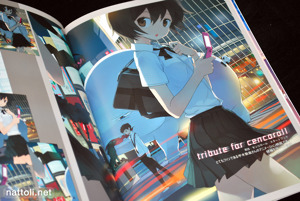 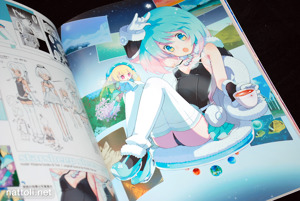 On the other hand, Still the Winter... features some novel fan arts and guest art works from Cencoroll to Hello Kitty to even Yozakura Quartet. I think what stands out most from this collection is just how colorful the illustrations are and that all of them have equally well-finished backgrounds, something we also saw in Wireless Lemon. Tiv's version of Haruse Hiroki's characters Kitajima Sorako & Tink, previously mentioned in the Comiket 79 doujinshi review for Kiracna Days Presents Mimesis Illustrations also make an appearance in the collection.

Tiv's Still the Winter Comes Again is a great release that really shows off Tiv's current art style in a good way. Though it was only sold for a short time through Keibunsha, they have had re-stocks before on Tiv's work, so it's probably a good idea to check it out occasionally if it's something you want ^^

...Or better not my wallet is empty XD

Yeah, I keep putting off art book reviews for the much shorter doujins ;D